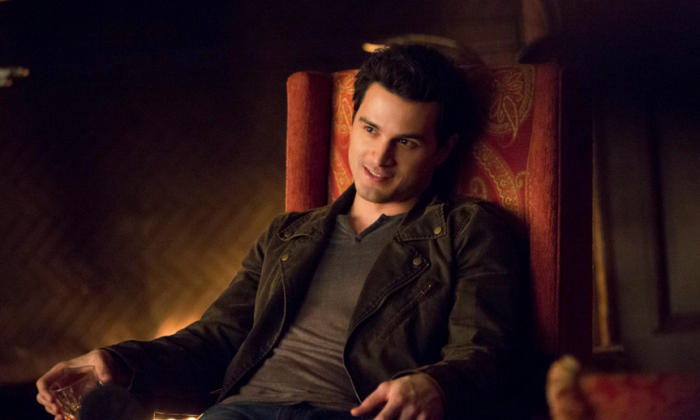 Vampire Diaries Season 6 Spoilers: Enzo Will be a ‘Loose Cannon,’ and Butt Heads With Alaric

Vampire Diaries season 5 wrapped up with lots of action–and Damon and Bonnie dying–and fans are excited about season 6.

Alaric will be incorporated back into Elena’s, giving a type of “parental touchstone” to her, Dries told Alloy Entertainment.

“Enzo, as we left him, is still a bit of a loose canon wild thing and I can’t wait until the two butt heads,” she added. “Let’s see, wish list — feels like there could be a bar brawl in their future. Or maybe they’ll just karaoke compete against each other.”

“The feelings behind [her] feelings [for Stefan] are something we get to explore in season 6 as we watch how her relationship with Stefan plays out,” Dries said.

“Any time we turn a character dark it’s fun because it’s a change of pace for the writers, actors and viewers.”

—-Matt and Tyler, Damon and Bonnie

Matt and Tyler will be in a “very fresh place,” Dries said. “Tyler was in such a devastated place for most of season 5 so we wanted to shake that up a little bit. Likewise, Matt has been victimized so much in the show as a result of being human in a vampire-run world, so we’re excited to give him his version of a ‘human’ world, especially now that he’s grown up so much, developed opinions and beliefs and has really come into his own.”

And, yes, Damon and Bonnie will be part of the season, though it’s not clear in what context.