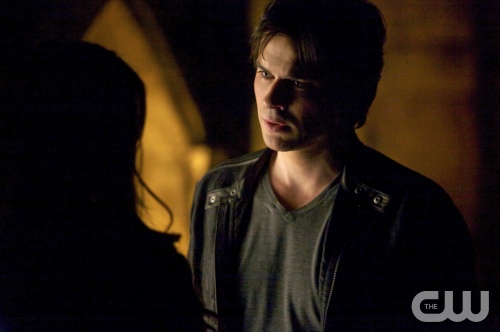 Vampire Diaries season 6 will open with an episode that will take fans on an “emotional roller coaster.”

The popular series, in production right now, will start off strong after a stunning season 5 finale.

“Episode 601 is going to take you on a emotional roller coaster you may not be ready for,” director Jeffrey Hunt recently told fans via Twitter.

Hunt also revealed that filming will start on July 16.

CW announced that season 6 will premiere on Thursday, October 2.

See more information that has come out below

“We’re going to try something in Season 6 that we’ve been percolating on that I think will really help Matt’s storyline,” executive producer Julie Plec told Zap2It.

“It’s hard to give him these overarching love storylines because we’re just like, what’s the genre? Genre, genre, genre. It’s hard because we have like 40 hundred thousand characters on the show, you know? To give them all very interesting, dynamic story lines is hard but we have something planned for him.”

—Caroline gets a new crush

“Caroline’s got a little crush/feeling for someone that’s going to creep up to the surface and cause a potential rift between her and one of her friends. So she’s like, ‘I’m going to push that down,'” Caroline Dries told TVLine.

But moving into Season 6, Dries said, “We’re going to see [Caroline] set her sights on [said crush] and try to make a move.”

“I think it’ll be surprising. I don’t want to say too much about it, but he lost something very profound, and there are a million ways he could go,” Plec told TVLine.

“He could go light, he could go dark, he could go pure, he could lose his mind and get on a motorcycle and drive to Miami. So what he ultimately ends up doing will be an interesting reflection on his state of mind at the moment — and very fun for Paul [Wesley] to play.”

—A new female character will be introduced

Plec also revealed that a new female character will be introduced in season 6 and she’ll be able to live in Mystic Falls.

“So that leaves Matt, Jeremy and Tyler — on a good day — for dating opportunities in that age range. One of them might get lucky,” she said.