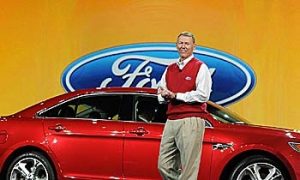 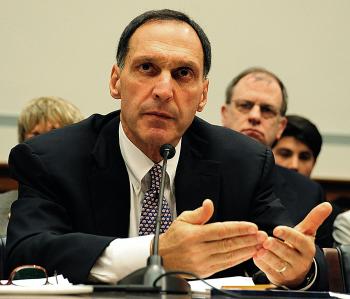 By Antonio Perez
biggersmaller
Print
NEW YORK—On Sep. 10, 2008, Lehman Brothers Chief Executive Officer Richard S. Fuld declared that his company had a “strong and clean balance sheet, which will allow us to focus on supporting our core client businesses” on a conference call with analysts.

The ill-fated investment bank Lehman Brothers was torpedoed by bad business decisions and an accounting trick that hid the firm’s true financial picture from investors and the public, a long-awaited court-appointed examiner’s report revealed last week.

Doubling Down on Subprime Loans

In 2005, Lehman began to aggressively expand its investments in a highly lucrative—but extremely risky—area of committing its own money in real estate, leveraged lending, and other long-term investments.

Instead of originating and then selling mortgage loans, Lehman increasingly became a holder of such securities, according to Valukas’ report, even as it became apparent that the subprime mortgage market was facing imminent collapse.

At the time, Lehman’s management believed that the subprime mortgage downturn was temporary—a mere blip in the radar and would not affect the wider economy.

“Lehman’s management believed that while other financial institutions were retrenching and reducing their risk profile, Lehman had the opportunity to pick up ground and improve its competitive position,” the report said.

In addition, the company in 2007 removed Chief Risk Officer Madelyn Antoncic and head of its fixed-income group Michael Gelband “because of their opposition to management’s growing accumulation of risky and illiquid investments,” the report charged.

As other companies worked frantically to unload their subprime-mortgage assets, Lehman essentially doubled down in hopes of emerging as the top player once the market recovers. The subprime market never recovered, and its miscalculation ultimately caused its downfall.

Lehman, like many banks and corporations, depended on certain short-term loans called repurchase agreements (repos) to finance its day-to-day operations. Essentially, a company can borrow cash on repo short-term by pledging securities as collateral, with the agreement to purchase back the securities at a later time.

Engaging in repo activities required a company to have a solid credit rating issued by one of the corporate credit agencies (Moody’s, S&P, and Fitch). As Lehman discovered, main driver of a company’s credit rating was its “net leverage ratio,” or the ratio of a company’s liability to its capital.

Lehman engaged an arcane accounting practice related to repos, called “Repo 105,” which allows the company to artificially decrease its net leverage ratio—for no apparently business purpose other than to temporarily and artificially decrease its liabilities by $50 billion at the end of the first and second quarters, 2008, when the company issued its financial statements.

In the end, the bank led investors and analysts to believe that its financial picture was healthier than it truly was by the end of 2008.

According to the examiner’s report, Lehman’s own accounting department labeled “Repo 105” as an “accounting gimmick” and “lazy way of managing the balance sheet as opposed to legitimately meeting balance sheet targets at quarter end.”

Valukas stated that the accounting trick was not in itself illegal, but “the decision not to disclose the effects of those judgments does give rise to colorable claims against the senior officers who oversaw and certified misleading financial statements.”

The examiner also charged that Lehman’s external auditors, Ernst & Young LLP, did not question or challenge the “Repo 105” accounting treatment or the lack of disclosure to the public, and it, too, could face claims.

Three of the top U.S. investment banks have either collapsed or been sold to other companies. Lehman's U.S.-based broker-dealer business was sold to U.K.'s Barclays Plc, while its Asian operations were acquired by Japan's Nomura Securities. Merrill Lynch & Co., another top U.S. investment bank, was acquired by Bank of America Corp. in Sep. 2008. Bear Stearns Cos. was sold to JPMorgan Chase & Co. in a government-assisted sale in early 2008.