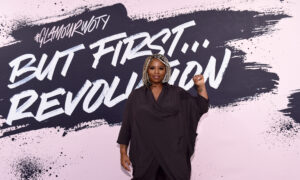 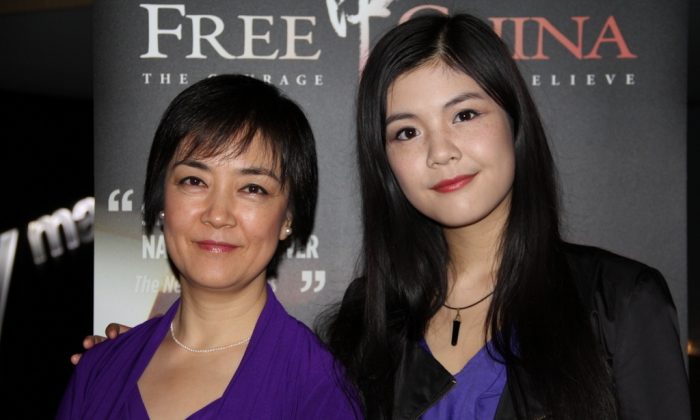 Jennifer Zeng is a Chinese Falun Gong practitioner who was persecuted for her faith by the communist regime and now resides in the United States. Read more at her blog.

To outsiders, this news may seem mind-boggling. For my part, it conjured memories of a true story from 2001, one overshadowed by the events of Nov. 20 that year.

On that day, 36 people from 15 different Western countries gathered at Tiananmen Square to appeal for Falun Gong. This event shocked the world as well as the Chinese Communist Party leaders, who had vowed to eliminate Falun Gong completely from China within three months when they launched an overwhelming persecution campaign against the spiritual practice in July 1999.

One of the 36 westerners who participated in the protest was Myrna Mack from Sydney, with whom I was staying before she went to Beijing. At that time, it had been a couple months since I had escaped from China. Fellow practitioners arranged for me to stay with her while they tried to seek interview opportunities for me with the media to expose the persecution I suffered in China for practicing Falun Gong.

As Myrna had never been to Beijing before, she planned to arrive several days earlier so that she could do some sightseeing before she went to Tiananmen to protest. We both knew that their protest could result in their arrest and possible torture. But she was determined to go anyway.

I helped Myrna to book a three star hotel in Beijing for her to stay. Before she prepared to leave Sydney, I said to her, “Good luck with everything. Since you’ve never been to China, and because you will be traveling alone, there is one piece of most important advice I need to give you. As you are going to stay in a reasonably good hotel, there will be toilet paper in the bathroom. However, every morning before you go out to do sightseeings, make sure you take as much toilet paper as possible from the hotel; bring the paper with you. In most of the public restrooms in Beijing, no toilet paper is provided. So you’ll need to bring your own.”

She was very surprised and asked, “Why don’t they provide toilet paper?”

I said, “people would steal it all if it was provided.”

She looked even more surprised and asked again with enlarged eyes, “Why would people take the paper home?”

I must admit that this was the most embarrassing question I ever had someone ask me. How could I explain to her why my fellow Chinese would steal the paper from public restrooms?

I don’t remember how I managed to answer this innocent question of hers. Anyway, Myrna did fly to Beijing, did quite some sightseeing, did show up at Tiananmen Square on time, and did get beaten up by Chinese police before she was arrested and deported back to Australia.

I met her at the press conference held in front of the Chinese Consulate in Sydney, still remembering what she said before she left: “The world will never be the same again.”

She seemed to have experienced a lot in just a few days, and her voice trembled when she talked about her experiences and showed the reporters her ripped t-shirt. But overall, she was still very composed; and a little bit sober.

After the press conference, we went back home together. She then told me that she was so grateful that I had offered her that most important and valuable advice before she left. Otherwise she could have experienced more bad things other than the beatings, as she did find that no toilet paper was provided at public toilets in Beijing.

She said after she came back from Beijing, she understood. When traveling alone in Beijing, she didn’t have to ask people where the toilet was. She usually just smelled it. The terrible smell of the toilets always told her where to go.

Well, that was the small story about 15 years ago. Today both the society and the technology are much more advanced, so toilet paper is actually being provided in public toilets, accompanied by smart face-scanning machines to prevent people from stealing the paper. Shall we say “congratulations” for this innovation?

Oh, China, my dear China, when can you break free of the Communist Party’s poisoning and truly become party to the civilized world?