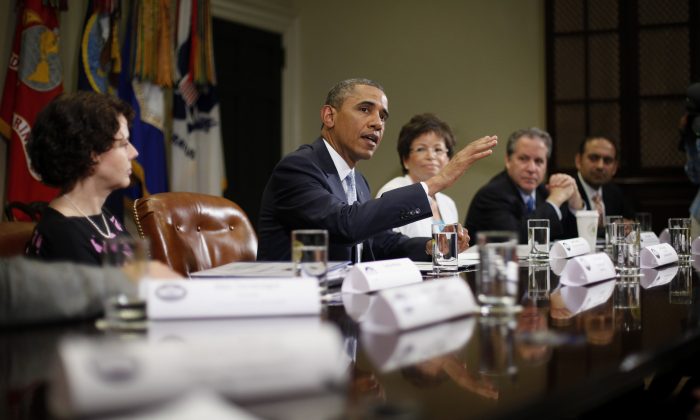 Biden, a former vice president, has insisted that he would choose a woman as his running mate.

Jarrett, however, said any recent speculation that Obama would be Biden’s vice president is not based on reality.

“The reason why I’m being so unequivocal is that there just simply has never been a time when she’s expressed an interest in running for office,” Jarrett told The Hill. “She’s not demurring here. She’s not being hard to get. She doesn’t want the job.”

There have been reports suggesting that former 2020 candidates such as Sens. Elizabeth Warren (D-Mass.), Kamala Harris (D-Calif.), and Amy Klobuchar (D-Minn.) could be tapped to be Biden’s running mate. Other prospective candidates include Michigan Gov. Gretchen Whitmer, a Democrat, and former Georgia gubernatorial candidate Stacey Abrams, who has been especially vocal about getting the job in recent weeks.

But should the former first lady, who is still considered a popular figure among Democrats, express an interest in the job, Biden would jump at the opportunity.

“I’d take her in a heartbeat,” Biden told Pittsburgh’s KDKA this week. “She’s brilliant. She knows the way around. She is a really fine woman. The Obamas are great friends.”

Jarrett said that it’s not a likely scenario.

“Of course he would take her. That’s not the question,” she said in the interview. “The question is, is this the way in which she wants to continue her life of service?”

Jarrett said that Obama has no interest in being a political figure and wants to be a “public servant.”

“She’s only interested in the service component,” she explained.

The former president made the announcement on Twitter earlier this month, writing, “I’m proud to endorse my friend [Joe Biden] for President of the United States.” In an accompanying video, Obama, who didn’t mention President Donald Trump by name, said that Biden has the most “progressive platform of any major-party candidate” in U.S. history.

“President Obama understands, as I do, that we will come through this crisis stronger. And then we’ll not only rebuild this nation—we will transform it,” Biden said about Obama.