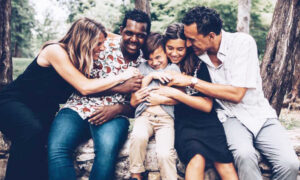 Valerie Fairman, the star of “16 and Pregnant,” was arrested on Friday, according to a report.

TMZ broke the story, saying she was booked for prostitution

“21-year-old Fairman — who appeared on season 2 of the show — was allegedly walking the streets in New Castle, Delaware. We’re told cops conducted the sting after getting a slew of citizen complaints about prostitution in the area,” the report said.

Fairman was arrested with seven other women, TMZ wrote.

Fairman hasn’t posted anything on her Twitter page since January.

According to The Ashley’s Reality Roundup, Fairman has had a rough life after she left the show a few years ago. It said:

In 2012, multiple sources informed The Ashley that Valerie had been allegedly dealing with a prescription pill addiction and had spent some time in rehab. Unfortunately, her troubles have not stopped there.

The Ashley can exclusively reveal that in late 2012, Valerie was arrested yet again for a plethora of serious crimes. Her charges including three misdemeanors and three felonies!

On November 28, 2012, Valerie was charged with two counts of Theft by Unlawful Taking of a Moveable Property– one misdemeanor and one third-degree felony count. (The Ashley did some digging and found that, under Pennsylvania law, to be charged with this crime, the item she must have stolen had to either be worth more than $2,000, or some sort of motor vehicle. Yikes!)