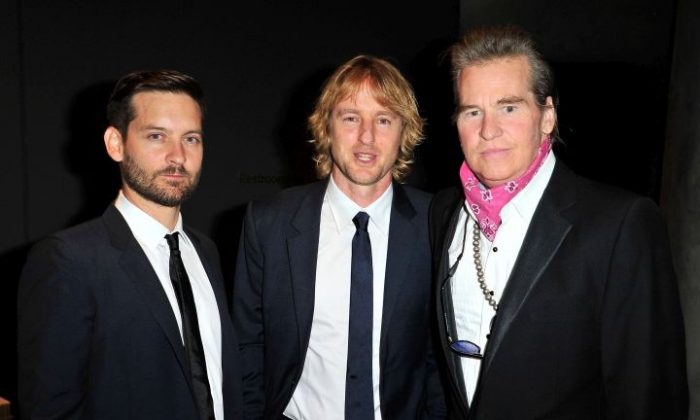 Val Kilmer says Michael Douglas was “misinformed” when he suggested Kilmer has cancer.

In a Facebook post  Tuesday evening, Kilmer said he has “no cancer whatsoever.” At a London event on Sunday, Douglas had said Kilmer was “dealing with” throat cancer, which Douglas was diagnosed with in 2010.

Kilmer said he spoke to Douglas nearly two years ago about recommending a specialist for a lump in his throat. The 56-year-old Kilmer said he was treated at UCLA and still has a swollen tongue, but is “rehabbing steadily.”

The actor said he’s made three films in the last year, including one about his one-man Mark Twain play, “Cinema Twain.” He also co-stars in Tomas Alfredson’s Jo Nesbo adaptation “The Snowman,” due out next year.

Kilmer wrote: “I’ve made 3 films in the last year, one of which I directed and am presenting as a personal appearance introducing it and then answering questions after. Come see me live and happy and in person in Westwood next week if you think I’m fibbing!! I’ve done 3 Q and A’s so far and am having the best time. The film is called CINEMA TWAIN and is a recording of my play. I’m right proud of the performance and the writing, altho editing Mark Twain is pure joy! What a lover of life and humanity.”