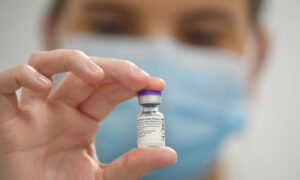 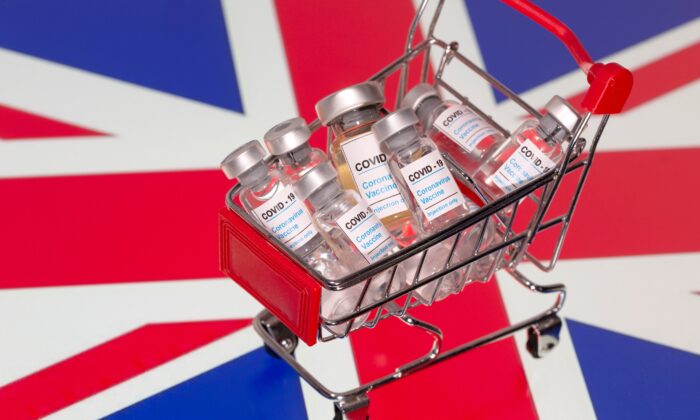 Those who caught the Delta Variant of the CCP virus after being fully vaccinated carry a similar level of peak viral burden with their unvaccinated counterparts, a new UK analysis suggests.

This suggests that a vaccinated and an unvaccinated individual, while infected with the variant, would shed similar amounts of the virus at any given time during the peak of their illness.

It’s in contrast with the results seen when the Alpha variant was dominant in the UK.

“With Alpha, people with two doses had really low levels of virus,” Sarah, co-author of the Oxford University-led study, said.

“When Delta started to come in, the first thing that happened was that the virus values went up and now we really don’t see any difference in the amount of virus people get if they get infected after vaccination,” the medical statistics and epidemiology professor said.

Therefore, she added, if a fully vaccinated person does get infected, “you will have similar levels of virus as someone who hasn’t been vaccinated at all.”

However, the study (pdf), which is not yet peer-reviewed, said it’s still unclear how much this would translate into new infections.

“A greater percentage of virus may be non-viable in those vaccinated, and/or their viral loads may also decline faster as suggested by a recent study of patients hospitalized with Delta, leading to shorter periods ‘at risk’ for onwards transmission,” the preprint reads.

The Oxford study analyzed data from more than three million swab tests taken from random households across the UK. It echoed the findings of an earlier analysis by Public Health England, which looked at data from England.

The study said that limited real-world data suggest one dose of Moderna vaccine seemed to be more effective than one dose of Pfizer or AstraZeneca vaccine, but the result may be biased because the average age of people who received Moderna vaccines is younger because the vaccine wasn’t available when the older population were vaccinated.

Researchers also said that data suggest two doses of either Pfizer or AstraZeneca vaccine “still provided at least the same level of protection as having had COVID-19 before through natural infection” and that the vaccines have boosted natural immunity.

The efficacy of Pfizer or AstraZeneca vaccines in preventing infections had slipped to 75 percent and 61 percent respectively 90 days after a second shot, the study found.

That was down from 85 percent and 68 percent, respectively, seen two weeks after a second dose. The decline in efficacy was more pronounced among those aged 35 years and older than those below that age.

“Both of these vaccines, at two doses, are still doing really well against Delta … When you start very, very high, you got a long way to go,” Walker said.

Walker was not involved in work on AstraZeneca’s vaccine, which was initially developed by immunology experts at Oxford.

The researchers would not project how much more the effectiveness would drop over time but suggested that the efficacy of the two vaccines studied would converge within 4–5 months after the second shot.