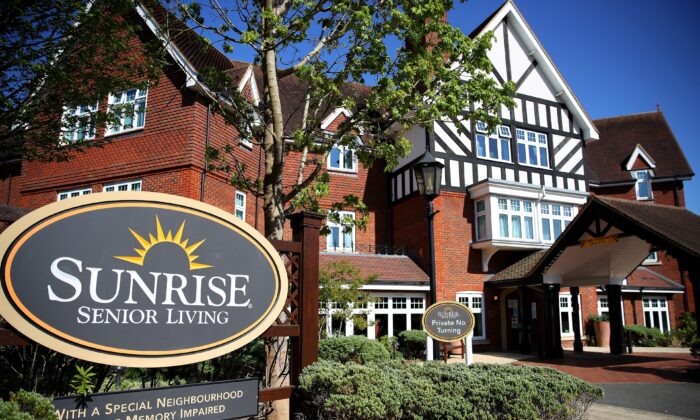 The UK government’s COVID-19 vaccine mandate for care workers will cause “catastrophic” staff shortages in the care sector, unions have warned.

The government announced in July that from Nov. 11, all care home workers and anyone entering a care home in England will have to prove they have had two doses of a CCP (Chinese Communist Party) virus vaccine unless they are exempt under the regulations. To beat the deadline, care workers must have their first dose by Sept. 16.

Unison, which represents staff members who provide public services, criticised the “no jab, no job” policy and said mandatory vaccination should be scrapped.

The union said the care sector is “already in the grip of a severe staffing crisis” and “multiple care agencies can no longer provide emergency cover.”

Unison general secretary Christina McAnea blasted the government for sticking to the “heavy-handed approach” despite warnings from care employers of the dire consequences.

“This move is damaging a sector already on its knees and undermining trust in the vaccine,” she said. “Vaccine-hesitant staff must be offered reassurance and persuasion, not threats and ultimatums.”

“Instead of encouraging much-needed recruitment into care, the government is actively driving experienced staff away.”

The GMB union estimated that up to 70,000 care home workers in England may not be fully vaccinated by the Nov. 11 deadline.

“Care is already facing a staffing black hole of 170,000 by the end of the year,” said GMB national officer Rachel Harrison. “Even in a best-case scenario we will lose tens of thousands of key workers if the jab is forced on them. How will care bosses deal with these huge staffing vacancies? How can they reassure people residents will receive safe care?”

Martin Green, chief executive of Care England, told BBC Radio 4’s Today programme that some care homes may have to close as a result of mandatory vaccination.

“Care homes are now in a difficult position,” he said, as they will be forced to choose between dismissing unvaccinated staff and risking unsafe services, or breaking the law by keeping employees on.

With less than 24 hours before the deadline, the government announced a temporary self-certification process for medical exemptions, which it said will ensure those with medical exemptions can continue working.

It will allow staff and volunteers to “self-certify” that they meet the medical exemption criteria before the new NHS COVID pass system is introduced, with these exemptions expiring 12 weeks after its launch.

The GMB union said the government had “fudged it” at the eleventh hour.