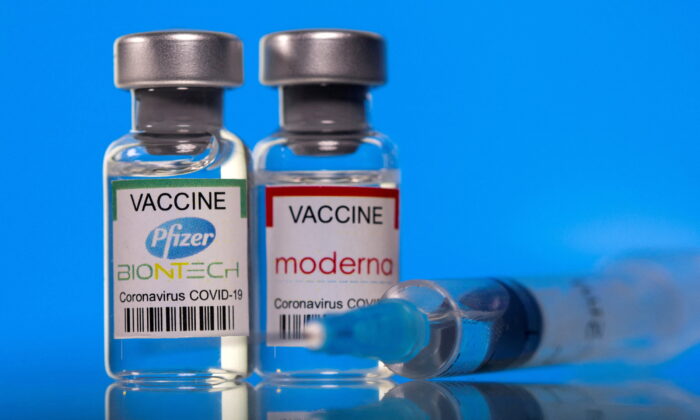 The immune responses to several Omicron subvariants “waned substantially” among “all groups” of individuals who received either the Pfizer, Moderna, and Johnson & Johnson vaccine as well as a booster dose, or combinations of different vaccines. Neutralizing antibody levels dropped by up to five-fold three months after receiving the booster shot, the NIH said in a news release of the study earlier this week.

All vaccine combinations provided high levels of neutralizing antibodies to the initial Omicron BA.1 sub-lineage that was first reported in the fall of 2021. However, those who received the Johnson & Johnson vaccine and booster saw low antibody levels to BA.1, according to the NIH.

But when the Omicron subvariants BA.2.12.1 as well as BA.4/BA.5 emerged earlier this year, all vaccines performed poorly after three months as compared with the BA.1 strain, the researchers said. The vaccines provided even less protection against the subvariants than their ancestral COVID-19 strain known as D614G, they found.

The researchers, who published their findings in Cell Reports Medicine on July 19 and have received virtually no mainstream news coverage so far, said they administered COVID-19 vaccines to adults who previously got one of the three vaccines that were available to people at the time. They evaluated six separate groups with around 50 participants per vaccine group who either received the initial vaccine regimen and the same booster or who mixed and matched vaccines and boosters.

Ultimately, they concluded that the “immune response to Omicron sub-lineages show reduced susceptibility to these rapidly emerging subvariants,” according to the NIH release. “The data could be used to inform decisions regarding future vaccine schedule recommendations, including the need for variant vaccine boosting.”

Between 29 days and 91 days after getting the booster, neutralizing antibodies among all groups decreased “2.4- to 5.3-fold for Omicron and no more than 2.4-fold for the (ancestral) D614G variant,” the researchers wrote.

Earlier this month, the Centers for Disease Control and Prevention released a study that found the efficacy of vaccine booster doses dropped under 50 percent after four months against COVID-19 subvariants. Both Moderna’s and Pfizer’s mRNA vaccines provided just 51 percent protection against COVID-19-linked urgent care encounters, emergency room visits, and hospitalizations as the Omicron BA.2 and BA.2.12.1 variants were spreading across the United States, it found.

After about 150 days, the efficacy of the vaccines dropped to 12 percent, the study said.