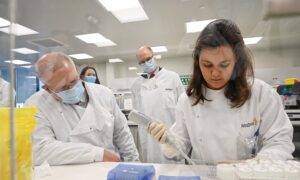 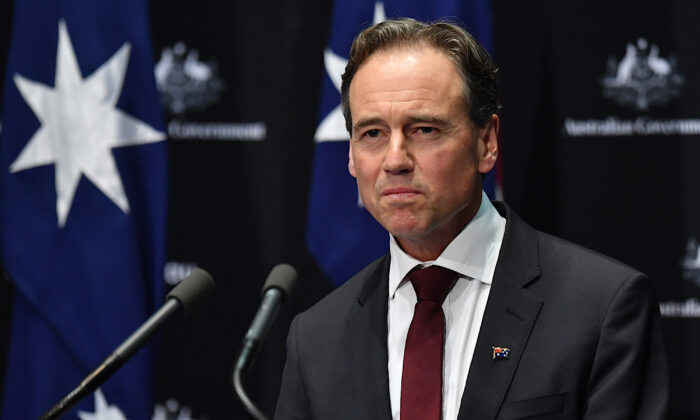 Health Minister Greg Hunt has made his most confident declaration a COVID-19 vaccine will be found after one candidate claimed a major breakthrough.

Pfizer has reported a 90 percent effectiveness rate in late-stage clinical trials, sparking hopes there may be a path out of the nightmare pandemic.

Hunt said discussions with the pharmaceutical giant’s Australian boss had boosted his hopes for a vaccine.

“The information internationally is very positive. There is more work to be done and we need more data to be certain,” he told parliament.

“I am more hopeful and more confident than ever.”

Australia has a deal for 10 million doses of the Pfizer vaccine and three other agreements with candidates also in development.

“These results are very promising and I am optimistic and hopeful about next year, about the rollout of those vaccine programs,” he said.

He stressed any candidate would need to pass rigorous approvals before people could be immunised.

“The vaccines that will be made available to Australians will be done so first and foremost on the basis that they are safe.”

Australia is among a handful of countries that are performing well on managing the virus.

Deadly fresh waves are sweeping the United States and Europe, with the disease killing more than 1.2 million people and infecting 50 million.

That made Tuesday the first time since late February Australia recorded three days without the virus spreading locally.

Despite crushing infections, Morrison warned complacency at home and risks from restarting international travel posed major challenges to keeping on top of the disease.

He said QR code registration, social distancing and other COVID-safe behaviours like wearing masks on public transport needed to be enshrined in society.

“If we lose our commitment to that then we put ourselves at risk,” the prime minister said.