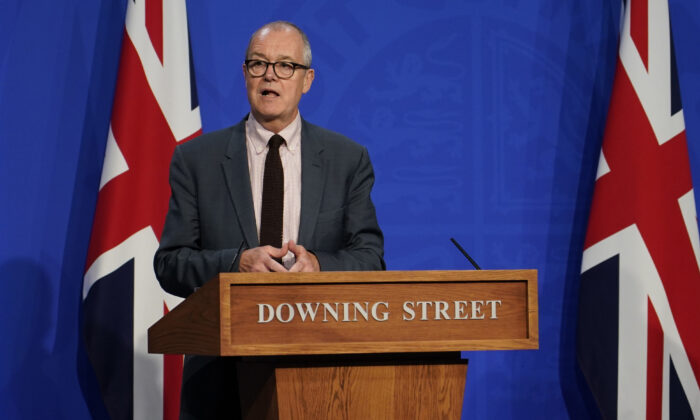 It’s not the UK government’s “long-term view” to give everyone CCP virus booster vaccines every few months, the UK’s chief scientific adviser said.

Speaking at a televised briefing with Prime Minister Boris Johnson, Sir Patrick Vallance said it would be “untenable” to jab the population every three or six months.

It comes after Professor Andrew Pollard, director of the Oxford Vaccine Group and chair of the government’s Joint Committee on Vaccination and Immunisation (JCVI), told The Telegraph that it’s “not sustainable or affordable” to “vaccinate the planet every four to six months.”

Vallance said he agreed with Pollard.

“It would be a situation that is untenable to say that everyone is going to need to have another vaccine every three or six months,” he said. “That is not the long-term view of where this goes to.”

Vallance said some people may “require an additional dose,” but in general, he envisioned “something like an annual vaccine like flu or of that order.”

Clive Dix, who was interim chair of the task force before stepping down in April, also said earlier on Tuesday that people in the UK shouldn’t get a fourth jab of a CCP (Chinese Communist Party) vaccine.

Speaking to talkRadio, Dix said, “The ability of the vaccines to actually stop people getting infected and transmitting the virus became less and less. And it’s pretty clear to me that re-boosting won’t change that.”

Dix accused governments across the world of having “gone into group think about serological testing and antibodies” but not paying enough attention to cellular immunity.

The former vaccine taskforce chief said he also believes testing in the UK for COVID-19 should be stopped within a month—hours before Johnson offered daily lateral flow tests to 100,000 workers the government identified as critical.

Asked if he meant the testing of healthy people, Dix said he “just think[s] we should stop testing.”

“We don’t test for flu, and yet flu can take people into hospitals and kill them. And in a bad year, it’s doing that quite, quite significantly,” he said.

And with flu, “we say to people: ‘If you’re ill, go home, and when you feel better, come back to work,'” Dix said, adding, “I think … we need to get there within the next month.”

If the UK doesn’t see “a huge surge in deaths and serious disease” in the next months, it would suggest the population has had “the immunity in the community,” he said.