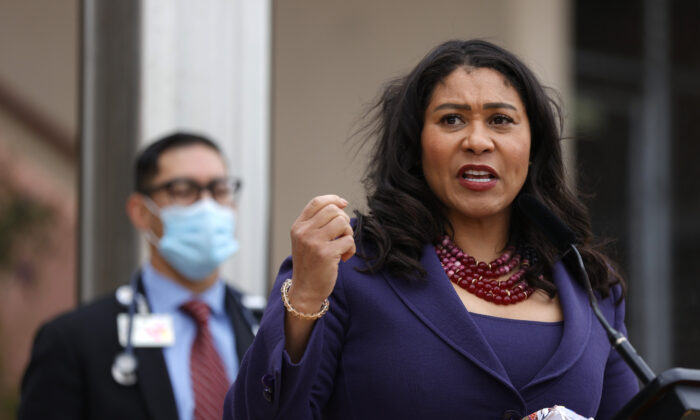 San Francisco offices and gyms where everyone is vaccinated won’t have to follow California’s reimpose mask mandate, according to the city’s health department.

“This means that stable cohorts of 100 percent fully vaccinated people in settings like workspaces and gyms will continue to be allowed to remove masks,” the San Francisco Department of Public Health said in a statement.

The officials added that the caveat “acknowledges the hard work of the people of San Francisco throughout the pandemic, including the ways in which we have maintained reasonable protections heading into the holiday season,” health officials added.

San Francisco Health Officer Susan Philip said the California Department of Public Health granted a mask exemption, describing the move as the “recognition of all of the thought and care that San Francisco residents have been putting into all staying as safe as possible.”

Contra Costa and Marin counties, located near San Francisco, told the Chronicle on Tuesday that they will also receive exemptions to the statewide masking order.

It came after California Gov. Gavin Newsom, a Democrat, said Monday he would reimpose an indoor mask mandate regardless of ones’ vaccination status.

Some companies, including Cupertino-based Apple Inc., have recently made their own decisions to mandate masks.

“Amid rising cases in many communities, we now require that all customers join our team members in wearing masks while visiting our stores,” the company wrote on Tuesday.

On Tuesday evening, the Los Angeles Unified School District board agreed to delay enforcement of its student COVID-19 vaccine mandate from Jan. 10, 2022, until the fall of next year.

Los Angeles Superintendent Megan K. Reilly presented a plan last week to push back the deadline, citing concerns that some 28,000 students have not complied with the mandate. Those students, under the old order, would be barred from learning in person and would have to participate in independent study programs.

“We have not come to this conclusion lightly,” Reilly, who is slated to be replaced by Alberto Carvalho, said before the vote on Tuesday. She said that 87 percent of eligible students are either fully or partially vaccinated.

“The conditions that the board is facing today, and the policy adjustments are not, in my opinion, a reversal of decisions made,” Carvalho said Tuesday, adding that the vote is “an evolution of the previous board position.”