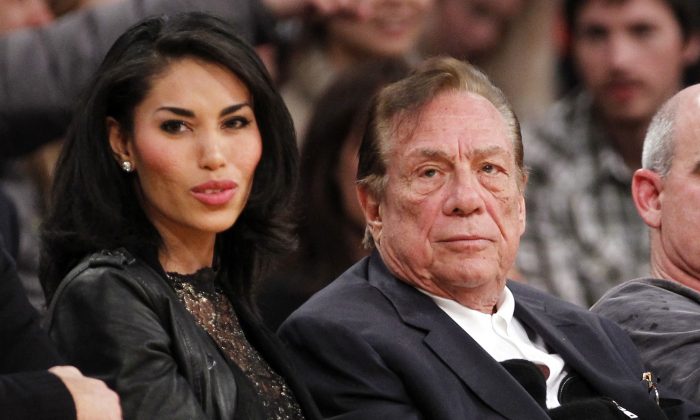 Sterling made racist comments that were secretly recorded, and leaked to the press.

Stiviano, Sterling’s alleged girlfriend, was speaking to him on the recording.

Among other comments, Sterling told her that she shouldn’t bring black people to basketball games.

Stiviano is believed to be half-Mexican and half-black.

Sterling’s comments prompted NBA commissioner Adam Silver to ban him from all NBA games for life, and also sparked an effort to force Sterling to sell the Clippers.

Sterling now says in an interview with CNN that Stiviano calculated to set out to destroy him.

Anderson Cooper interviewed Sterling at Sterling’s home in Beverly Hills on Sunday, and the interview will air on Monday.

TMZ says that it obtained part of it and quotes Sterling as saying he’s not a racist.

“I don’t know, an 80-year-old man is kind of foolish, and I’m kind of foolish,” he said. “I thought she liked me and really cared for me. I guess being 51 years older than her, I was diluting myself.”

Sterling also talked about the players on his team.

“They are Clippers and they’re mine and I’m theirs. That’s how I feel,” he said.