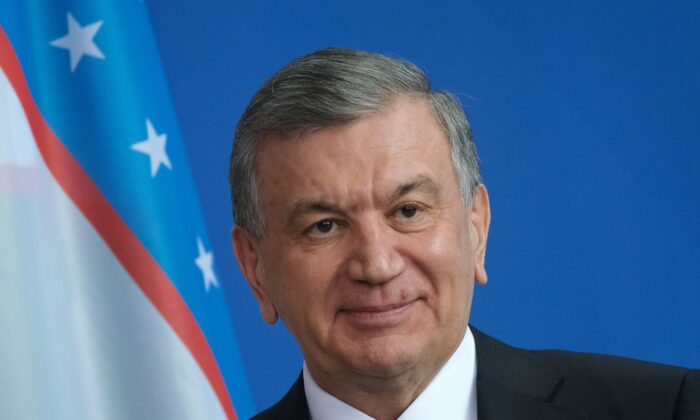 Uzbekistan declared a month-long state of emergency in Karakalpakstan province after 18 people were killed in protests against proposed constitutional amendments regarding an Uzbek province’s autonomous status.

Protests erupted in Nukus, the capital of the autonomous republic of Kakalpakstan, between July 1 and July 2, killing 18 people and injuring at least 243 others, including 38 law enforcement officers, AKIpress News Agency reported.

The General Prosecutor’s Office of Uzbekistan said that 516 protesters were detained, and 12 vehicles were impounded during the protests and riots against the government’s proposed constitutional changes that will strip the province of its secession rights.

Uzbekistan’s government has since declared a state of emergency from July 3 to Aug. 2, restricting entry and exit of vehicles in Karakalpakstan and banning peaceful gatherings.

Following the unrest, Uzbekistan’s President Shavkat Mirziyoyev visited Nukus on July 2 and announced that the proposed amendments would be dropped.

“The draft constitutional law, introduced to the attention of our people, has not yet been adopted, but has only been submitted for public discussion,” the president said in a statement.

“Taking into account, as well as ethnic, cultural characteristics, national customs, and values, I deem it necessary to leave the legal status of the Republic of Karakalpakstan unchanged. That is, Articles 70, 71, 72, 74, and 75 of the Constitution will remain unchanged.”

Karakalpakstan’s authorities made a blanket statement about the protests in Nukus being triggered by “a criminal group of persons” attempting to seize government buildings and destabilize the socio-political situation in the Central Asian country.

“The organizers of the riots were hiding behind populist slogans, manipulating the consciousness and trust of citizens, and not obeying the legitimate demands of the authorities,” the republic’s state legislative body said in a statement.

It stated that an unspecified number of individuals “who actively resisted law enforcement agencies” have been detained and will be “held accountable in accordance with applicable law.”

“Under these conditions, the attempts of certain unhealthy external forces from abroad to influence the development of the situation in Karakalpakstan, including through targeted information releases and distortion of current events, cause concern,” it noted.

Uzbekistan declared independence from the Soviet Union in 1991, after which Karakalpakstan agreed in 1993 to remain as part of Uzbekistan for at least 20 years, on the condition that it retained the right to secede by holding a referendum.

The proposed constitutional amendments would deprive Karakalpakstan of the right to secede, sparking massive protests in Nukus on July 1. Media have reported that the government blocked internet access after the draft was announced last week.

Uzbek authorities reportedly detained journalist Lolagul Kallykhanova on July 1 over a now-deleted video of her urging Karakalpakstan to secede. The Committee to Protect Journalists has demanded that the government explain why she was detained.

CPJ is concerned about the wellbeing of #Karakalpak journalist Lolagul Kallykhanova, reportedly detained by Uzbek security services amid mass protests in the autonomous Karakalpakstan region, and calls on Uzbek authorities to provide full information about any charges against her

Massive protests erupted in the Uzbek city of Andijian in 2005, where hundreds of peaceful anti-government protestors were killed by government forces.