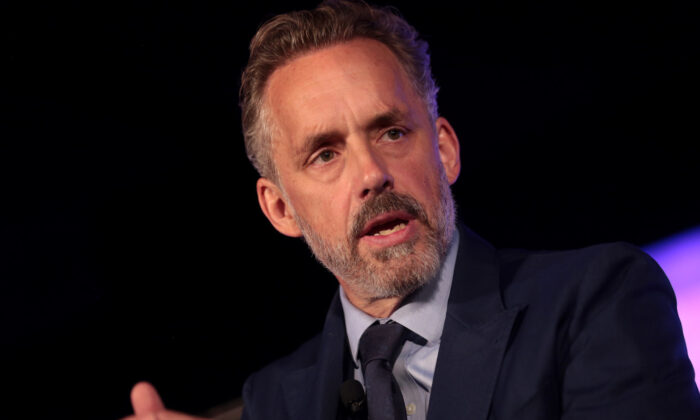 Clinical psychologist and media personality Jordan Peterson has delivered a stinging criticism of the Australian government’s adoption of higher net-zero emissions reduction targets, warning it will “devastate” the country.

In a video on his YouTube channel, Peterson lambasted a May 2022 report from auditing giant Deloitte on climate change modelling, claiming that inaction could cost the world $178 trillion by 2070.

“The utterly delusional leaders of Australia, who additionally committed—that resource-dependent and productive country—to a 40 percent-plus decrease by 2005 standards in greenhouse gas emissions within the impossible timeframe of eight years. This will devastate Australia,” he said.

The Labor government has locked in a 43 percent emissions reduction target by 2030—up from the previous target of 26-28 by the same year—while also staying committed to achieving net-zero by 2050.

Just weeks earlier, the Climate Change Bill 2022 was enshrined into law with the assistance of the left-wing Australian Greens party who hold 12 seats in the Upper House of Parliament. The centre-right Coalition refused to back the Bill.

Further, the Labor government is aiming to push for 82 percent of the entire national energy grid to be powered by renewables by 2030, currently, around 28.74 percent is powered by what are classified as renewable sources, including wind, solar (private and state); hydro, biomass, and battery storage.

At the moment, coal generation accounts for 64.67 percent, according to the figures from the Australian Electricity Market Operator.

Australian energy lawyers, academics, and engineers have outlined concerns that a nationwide overhaul of the energy grid—within eight years—is unfeasible and very costly.

Meanwhile, Peterson continued pointing out problems in the Deloitte report—saying it was “couched in bureaucratic doublespeak”—including the following: “Those most exposed to the economic damages of unchecked climate change would also have the most to gain from embracing a low emissions future.”

He responded, saying: “Really? Tell that to the African and Indian populations in the developing world lifted from poverty by coal and natural gas.”

Further he read out this statement in the report: ‘Existing industries would be reconstituted as a series of complex interconnected emissions-free energy systems, energy mobility, industry, manufacturing, food and land use, and negative emissions.’

And in response Peterson said, “That sounds difficult, don’t you think? To rebuild everything at once, and better without breaking everything! Fixing everything in a few decades? In a blindly panicked rush, while demonising anyone who dares object.”

The Deloitte report also said a “coordinated transition” was needed between governments, financial services, and tech sectors to “catalyse, facilitate, and accelerate” to foster information flow and align differing objectives into “collective goals.”

“A purer statement of totalitarian inclination could hardly be penned,” Peterson said. “The one thing that the Deloitte model guarantees is that if we do what they recommend, we will definitely be poorer than we would have been otherwise.”