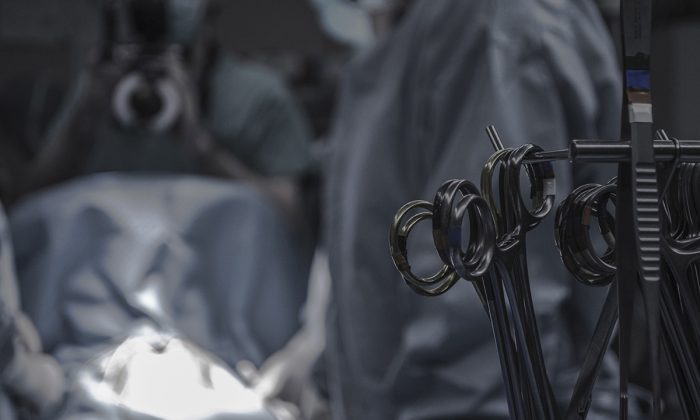 Utah Woman Bleeds to Death Into Garbage Can After Botched Surgery

A Utah woman is dead after a botched open-heart surgery caused her to bleed out into a garbage can.

According to a lawsuit filed by the family, the incident occurred when surgeons at St. Mark’s Hospital in Millcreek failed to close a tube that caused her blood to drain from her body.

62-year-old Donnamay Brockbank was pronounced dead on July 11, 2018, after undergoing surgery intended to remove a heart device that was causing her to have an allergic reaction reported NBC News.

The family claim that Dr. Shreekanth V. Karwande and Dr. David G. Affleck inserted a small tube into one of Brockbank’s veins. They then used a cardiopulmonary bypass machine to pump blood into a reservoir.

Karwande and Affleck allegedly left the operating room without removing or closing the tube. A hospital worker then disassembled the machine and placed the reservoir into the garbage.

“Ms. Brockbank bled until her heart could no longer beat because all of her blood and seven additional units were in the garbage can on the floor below the operating table,” states the suit filed by the family.

According to the Washington Post, Rand Nolen, an attorney for the family, told reporters, “The doctor comes out and says to the large family there that it’s a successful surgery.”

Moments later, however, Brockbank was said to be in “severe distress,” with her vitals falling and no one being able to figure out what was happening.

Dr. Kyle Enslin, an anesthesiologist, also present during the surgery, noticed Brockbank’s vital signs had started to dip. He had Dr. Karwande called back to the room.

“By the time Karwande did return, Ms. Brockbank was already in severe distress because all of her blood had drained into the reservoir that was sitting in the garbage can,” the suit also mentions.

Doctors then began attempting to pump blood back into Brockbank to try and save her but failed to notice the open tube through which her blood was draining as they pumped.

“They thought everything was fine and then (the surgeon) comes out and tells them she’s died,” said Nolen. “What he told them was, ‘This is on me.’ At that point, he wasn’t entirely sure what happened.”

Doctors allegedly left an open tube from her heart, which caused her to bleed out into a garbage can during the surgery https://t.co/RojXZ6VxnT

“It’s horrifying because it’s one of these things you would expect in a battlefield situation where no one knows what’s going on and there’s chaos,” Nolan went on to say.

Around two days after the fatal incident occurred, the Brockbank family said hospital employees told them that the reservoir of blood was found under the operating table.

The family’s legal counsel concluded that the incident could have been avoided if hospital staff had closed the line.

St. Mark’s Hospital in a statement, “Our hearts go out to Donnamay Brockbank’s family, and we want to express our sincerest condolences for their loss.”

“At the time of this tragic incident, we carefully reviewed the clinical care we provided. We seek to learn from every patient situation as we continuously improve the quality and safety of patient care at our hospital.”

Rhome D. Zabriskie, another attorney for the family, said: “It boggles the mind, with how experienced this team was, that nobody would catch such a simple oversight.”

Donnaymay’s son, Brad Brockbank said in a video, “Mom’s qualities were countless. First and foremost, just the love she had for others.

“She would give herself to anybody that needed it. She was the kindest, most generous woman that I’ve ever known.”

The oldest son Bart said, “Her smile was always able to make you feel better.”