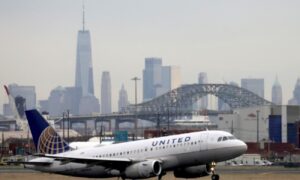 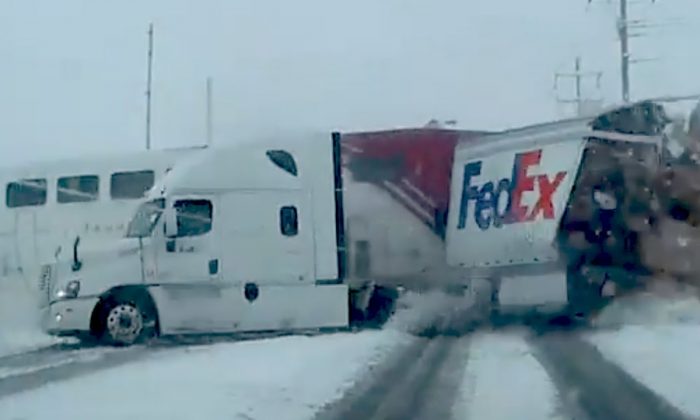 SALT LAKE CITY—Utah authorities are investigating why railroad crossing arms weren’t down and lights and bells were off when a double-decker passenger train violently smashed into the back of a semitrailer.

Dash cam video released Tuesday by North Salt Lake Police shows the train ripping through the FedEx trailer Saturday morning, narrowly missing the cab where two men were seated. The collision sent pieces of cardboard boxes from inside flying into the snowy air.

Terrifying video shows a train smash through FedEx truck amid a Utah snowstorm. Thankfully no one was hurt. Weather affected crossing gates pic.twitter.com/zwptNeDEln

The two people in the cab of the trailer and the 82 passengers aboard the train weren’t seriously injured.

Utah Transit Authority spokesman Remi Barron says they’re trying to determine what caused the railroad crossing to be disabled. Barron says the cold and ice earlier that day forced the arms down into a safety default mode before they popped back up.