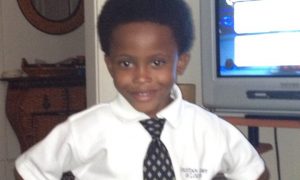 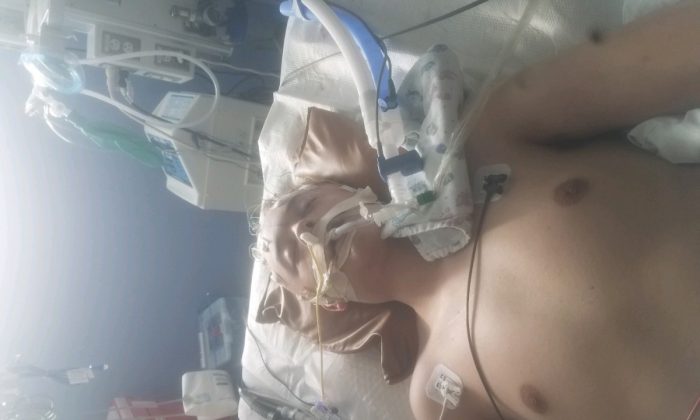 Neo Hobbs, 16, was in a coma after getting bullied at school, family members said. (Neo Hobbs/GoFundMe)
US News

Utah Teenager in Coma After Getting Bullied at School

A Utah teenager is in a coma after getting bullied at school, his family said.

Neo Hobbs, 16, has been in Primary Children’s Hospital in Salt Lake City for a week-and-a-half after an altercation at school that his mother, Sandra Davidson, believes is linked to bullying.

Neo woke up after about a week in a coma but still can’t talk or move.

Davidson said that just before the incident, he was complaining about being bullied at Elko High School in Nevada.

Davidson told her son that he should tell school officials about the bullying but he declined. She offered to tell them herself but he asked her not to do that.

Then, on Jan. 17, she got a call that her son had been rushed to the hospital in Elko and, after a CAT scan showed bleeding on his brain, he was flown to Utah for brain surgery.

Officials haven’t told her much, only that he was hit.

“It shifted his brain. Made it bleed and bruised really, really bad. He has to have a lot of physical therapy,” she said. “He has to learn how to walk, talk, brush his teeth, feed himself. He has to learn all that over again.”

The Elko Police Department is involved in the probe into what happened but didn’t comment on the case.

Neo’s uncle started a fundraiser for the teen on gofundme.

“My nephew Neo was punched in the face today at school knocked him unconscious he fell back hit his head and had a brain bleed and is having brain surgery,” wrote Andy Andersen.

“They live in Elko, NV and was airlifted to Salt Lake City, UT. Looking for help with travel expenses for his mother Sandi. Thanks in advance.”

The fundraiser had garnered $3,100 at the time of this publication.

“My prayers and thoughts are with you. Hopefully, the person who did this will be brought to justice,” wrote one person who donated.

“This breaks my heart. Sending much love and prayers,” said another.

“I’m so sorry for all the pain and suffering you and your family are going through. I will keep you and your son in my prayers,” added another.

“The most common types of bullying are verbal and social. Physical bullying happens less often. Cyberbullying happens the least frequently,” the group stated. “Most bullying takes place in school, outside on school grounds, and on the school bus. Bullying also happens wherever kids gather in the community. And of course, cyberbullying occurs on cell phones and online.”

The relationship between bullying and suicide is complex, according to Stop Bullying.

While the vast majority of young people who are bullied don’t commit or attempt suicide, Stop Bullying said, “research indicates that persistent bullying can lead to or worsen feelings of isolation, rejection, exclusion, and despair, as well as depression and anxiety, which can contribute to suicidal behavior.”