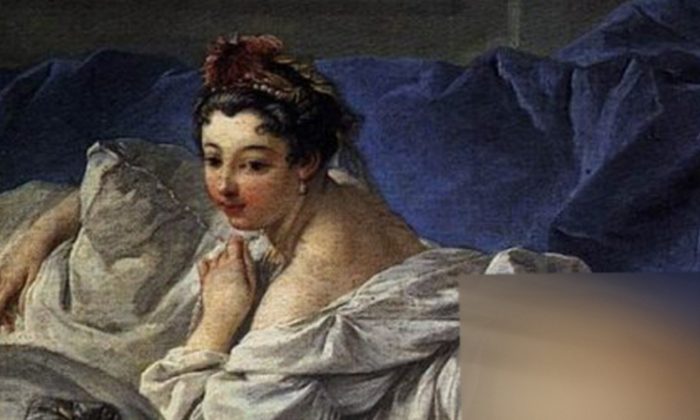 A Utah art teacher is out of a job after showing some postcards of art containing nudity, which were in the school’s library, in his fifth and sixth-grade art classes.

Mateo Rueda, an art teacher at Lincoln Elementary School in South Salt Lake, was put on administrative leave after a parent complained about the incident.

On Dec. 4, he had the children sift through eight boxes filled with 100 postcards of famous works of art that had been in the school’s library for three years, Cache County Sheriff’s Office said, according to Fox13.

He said some of the pictures that showed nudity made some of his students uncomfortable.

Before his fifth-grade art class, he removed the ones he didn’t think were appropriate and told students before they started the project that there might be some in the mix that could make them uncomfortable.

When some children did say they felt uncomfortable about some of the images, Rueda said, according to Fox13,  he told the children the “images were part of history, they are icons.”

A Utah art teacher got fired for showing nudity in classical paintings. This world is broken…

He encouraged his students to talk to their parents about the paintings.

Some parents complained, and one parent even called the police, alleging Rueda was showing pornography to his students.

The Cache County Sheriff’s Office investigated, but did not file charges, saying they did not consider the images pornography.

Venessa Rose Pixton, a parent of an 11-year-old boy, told the Herald Journal that she complained to the school after talking to her son about what happened.

“It wasn’t the pictures so much that really bothered me; it was the method in which he went about it afterward,” Pixton said, adding that she thought Rueda should also have reviewed the pictures before using them in the class.

One parent came to his defense, writing in a letter to the editor in the Herald Journal that her child was not uncomfortable at all by how Rueda handled the situation.

“After speaking with my daughter at length, I found out she was not uncomfortable with the images she had seen,” wrote Kamee Jensen.

“I reached out to Mr. Mateo to let him know how my daughter was feeling and to tell him how much we appreciated him. He was devastated about what had happened, He explained that the material he had used for his lesson to exemplify the color relationships they were studying had been in the Lincoln art library for years and were NOT brought in by him!

“I am so sad for Mr. Mateo but more so for the students at Lincoln Elementary. They have suffered a great loss, Mr. Mateo is an extremely talented artist, and an inspiration.

“Thanks to him my daughter has a real passion and love for art. Now he’s gone it seems we have a craft class instead of art instruction. My daughter has been very unhappy cutting out snowflakes and pasting glitter.”

Mateo was put on administrative leave for a few days, then told that the school was going to let him go. He says he plans to appeal the school’s decision.

“In a Friday meeting, they gave me two choices: to resign, accepting their terms of my alleged wrongdoing (eliminating any possibility to voice my opinion in the future), or to be terminated with a scathing and defamatory letter. Frankly, neither option was agreeable to me,” Rueda wrote, according to the Herald Journal.

“My intent when it comes to the hearing has nothing to do money or anything like that, but it has to do with exercising my right to be heard so that I can have a clean name, a clean reputation.”