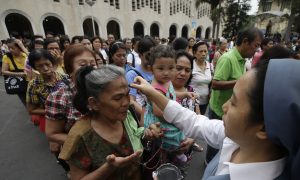 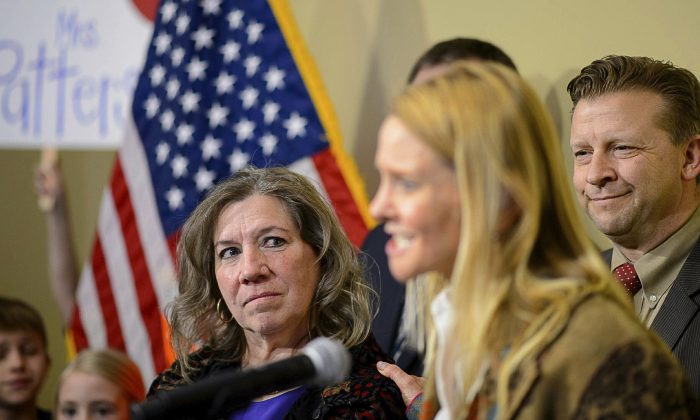 A Utah teacher on administrative leave apologized Monday, March 11, for making 9-year-old Catholic student William McLeod wash off the Ash Wednesday cross from his forehead, saying it was a misunderstanding.

Fourth-grade teacher Moana Patterson said Monday, she thought the cross was dirt, and she gave William a wet wipe to clean off not knowing it was a religious symbol. She said that she hopes everyone can move forward and build understanding together. Patterson was surrounded by parents and students who support her at a news conference held at Utah state capitol in Salt Lake City.

“My entire life has been centered around respecting diversity,” Patterson said. “I would never intentionally disrespect any religion or any sacred symbol.”

“This is something that happens when people aren’t necessarily exposed to other cultures, other religions. It’s not always necessarily mean spirited,” said Republican Utah Sen. Todd Weiler, who represents the area.

Patterson left the news conference without taking questions after she read from a prepared statement. It’s unknown if she has a religious affiliation. Members of the Church of Jesus Christ of Latter-day Saints, widely known as the Mormon church, account for about two-thirds of Utah residents. The faith doesn’t observe Ash Wednesday.

Karen Fisher, William’s grandmother, said she’s not quite ready to accept the apology because Patterson pressed the boy to remove the symbol even after he explained its significance twice. “It’s kind of hard to swallow, a little, for me,” she said.

Fisher doesn’t want Patterson to lose her job or for any harm to come to her but said a break is warranted to ensure she and others in the community are aware of other faith traditions. “There needs to be training for all religions, all beliefs,” she said.

In Utah, Catholics are the minority. The 330,000 Catholics in the state account for about 10 percent of the population, said Jean Hill at the Catholic Diocese of Salt Lake City.

William had just returned to the school after attending Catholic mass when Patterson called the ash marking “inappropriate” and gave him a hand wipe to clean it off in front of his classmates, Fisher said.

Patterson was called into a meeting with the principal and the school board about the incident and called Fisher to apologize, Davis School District spokesman Chris Williams said last week. The Davis School District opened an investigation into Patterson’s action and placed her on paid administrative leave.

Williams said there were no updates about the ongoing investigation about Patterson’s actions.

Tiffany Ivan Spence, who said she’s a parent of one of William’s classmates, said she also thought the cross on the boy’s forehead was dirt. She said it was a misunderstanding and not an attack against religion.

“He came into my home and to me it looked just like a smudge,” Ivan Spence said. “When I first saw Will, my instinct was to also hand him a wipe. It would have been common sense for any person who cares about children to help them if they didn’t know they had that on their head.”