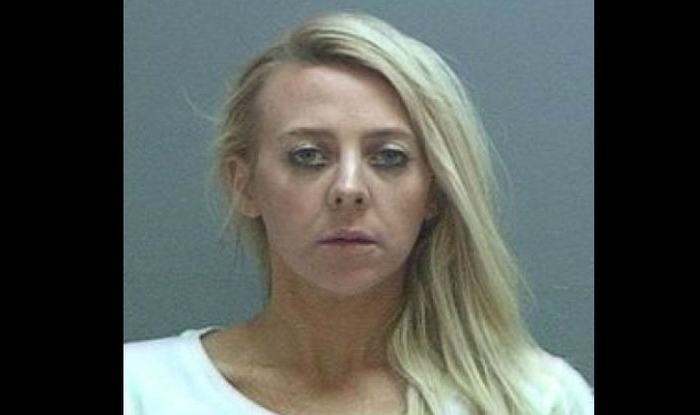 A Utah teacher is accused of killing her ex-husband’s girlfriend in front of their children on Nov. 26, according to officials.

Then, according to a probable cause affidavit, Cook shot Lisa Williams, 26, at her ex-husband’s apartment.

Before the shooting, Travis Cook, the ex, told police he was in the parking lot when Chelsea reportedly entered the residence, according to KUTV.

The children “were present during the entire ordeal,” police wrote in a probable cause statement.

After Travis called the police, Chelsea then allegedly locked herself in the bathroom. When she left the bathroom, she appeared to go for her coat but instead pulled out a gun and shot Williams three to five times.

Travis alleged that his children witnessed the incident. After Chelsea tried to flee, Travis took the gun, pinned her against the wall until police arrived.

Williams was pronounced dead in a hospital, the Salt Lake Tribune reported.

Travis was able to take the handgun away from” Chelsea and “sat on the recliner chair while the witness tried to help the victim,” according to the probable cause statement. Chelsea then stood up and began to walk back to her coat and that’s when she was pinned until officers arrived.

KSTU reported that Chelsea Cook is also facing domestic violence charges in connection with the Oct. 16 incident. She has pleaded not guilty to those charges.

In a statement, the Alpine School District district issued a statement to Fox13: “This morning we learned about a situation involving one of our Skyridge teachers, Ms. Cook. She was arrested and charged with a serious crime. We know there will be information in the media regarding this incident. We want you to be aware of what we have learned, so we can help you process and provide support to any of you who may be in need.”

“This type of news is hard to comprehend and we want you to know that teachers, counselors and your parents can help provide support in this difficult time,” it says.

According to the Fox affiliate report, Chelsea worked as a health and yoga teacher at Skyridge High School.

In September 2018, the FBI said Americans committed fewer violent and property crimes in 2017, according to statistics. The violent crime rate—including offenses such as murder, robbery, and aggravated assault—dropped by almost one percent and is still about 4 percent above the 2014 rate.

The murder rate dropped by 0.7 percent. “After historic increases in violent crime in 2015 and 2016, we are beginning to see encouraging signs,” Attorney General Jeff Sessions said in a statement at the time. “But our work is not done. While we have made progress, violent crime and drug trafficking continue to plague our communities and destroy the lives of innocent, law-abiding Americans.” Of the estimated 17,284 murders in 2017, more than half occurred in larger cities—with populations of more than 100,000.