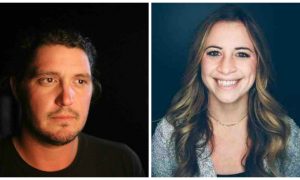 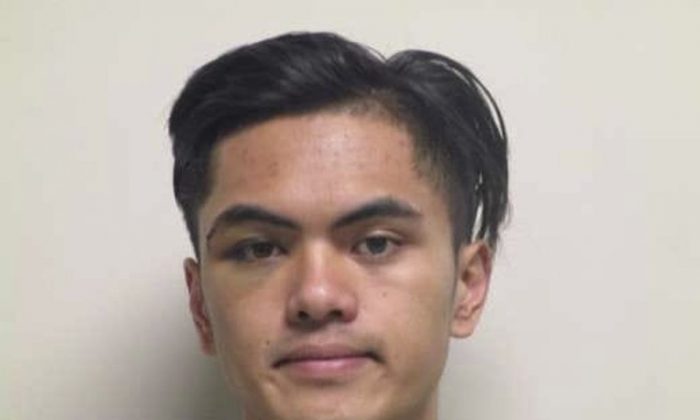 Elbert Paule has turned himself in to police for a shooting at an apartment complex near Utah Valley University, south of Salt Lake City. (Orem Police Department via AP)
US News

Utah Police: Suspect in Shooting Near University in Custody

OREM, Utah—Police in Utah say the suspect in a fatal shooting at an apartment complex near Utah Valley University in Orem has turned himself in.

Orem police announced in a brief statement on March 2, that 19-year-old Elbert Paule was in custody without providing details of the circumstances of the surrender.

The complex where 26-year-old Dominique Barnett was fatally wounded Thursday night is off campus but it prompted the university to issue a shelter-in-place alert for about two hours.

.@OremDPS is looking for 19-year-old Elbert Paule after a shooting outside an apartment complex. The victim was in critical condition last update. The ordeal prompted a shelter-in-place late Thursday at Utah Valley University…https://t.co/wX705JymrM

Paule had been charged three times in the last year with drug-related offenses, online Utah court records show. Paule had pleaded guilty in one case and served jail time, pleaded not guilty in another and had not issued a plea in the third case.

University spokesman Scott Trotter said Paule was admitted to the college for spring 2019 semester but didn’t register for any classes.

Barnett was never a student and has no affiliation with the university, Trotter said.

Paule’s criminal history shows he had been charged with possession of drug or drug paraphernalia in three separate incidents dating back to March 2018. His adult criminal record does not show any violent offenses.

His most recent charge came in January, when he was charged with possession of drug paraphernalia in Orem. He has not yet issued a plea to that charge.

Online court records don’t indicate whether Paule has an attorney who could comment on his behalf.

Police spent Friday searching for a 19-year-old man who they believe shot and killed a 26-year-old man at an apartment complex near Utah Valley University late Thursday. https://t.co/bjcRwin31G

University spokesman Scott Trotter said Friday that Paule was admitted for the spring 2019 semester but didn’t register for any classes and that Barnett was never a student.

CLEVELAND—Federal authorities say a man has been indicted for threatening to shoot Ohio school students on Snapchat.

The U.S. Attorney’s Office in Cleveland says Russell Miley-Cruz was indicted on one count of transmission of an interstate threat and one count of obstruction of justice.

The 21-year-old man from Scranton, Pennsylvania, was arrested Friday. Online federal court records don’t list an attorney for him.

Parma Police Chief Joseph Bobak said the threat panicked the community and affected students and staff for several days as parents pulled hundreds of children out of school.