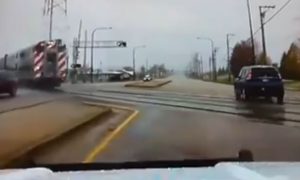 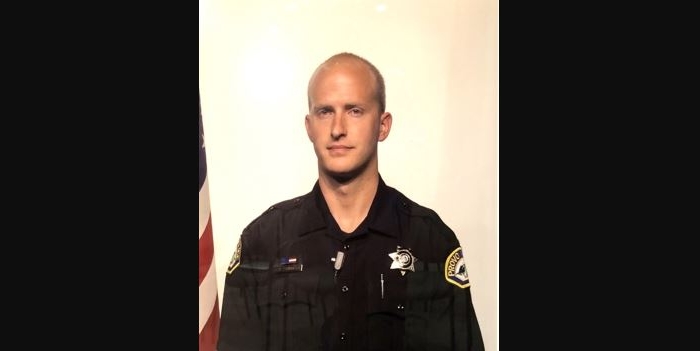 A police officer in Utah was shot while attempting to arrest a “dangerous fugitive,” authorities said, and he later died from his injuries.

Joseph Shinners, 29, a police officer in Provo, was shot around 10 p.m. on Jan. 5, Provo Police Chief Richard Ferguson told reporters at a press conference on Sunday.

“Joe Shinners was intelligent, he was honorable and he was hardworking,” Ferguson said, according to Fox 13. “He was decent in every single way and he exemplified the nobility of policing. He was the very best of the Provo Police Department.”

Shinners was trying to apprehend a “dangerous fugitive” who had violently threatened officers in the past and was near a Bed, Bath & Beyond in Orem.

The suspect fired at Shinners and hit him; Shinners fired back and struck the suspect, who was only identified as a 40-year-old male.

The suspect was in custody and was being treated at a local hospital. He’ll face multiple criminal charges, possibly including aggravated murder of a police officer, Orem Police Chief Gary Giles said at a press conference later on Sunday, reported the Salt Lake Tribune.

The Orem Police Department launched an investigation into what has happened since the incident took place within Orem city limits.

Provo police Detective Nick Dupaix said that Shinners leaves a hole behind that would be hard to fill.

“There is going to be a hole in our department that probably can never be filled,” Dupaix said. “The officer who was shot, he was one of our best, simply put.”

“Joe Shinners was intelligent. He was honorable. He was hardworking,” Ferguson added. “He is the officer who you would want to show up at your door in your biggest crucible moment.”

We are #Heartbroken to hear about the loss of another #Hero. To the officers of the @ProvoPolice, we will never forget the sacrifice your officer made to keep @provocity and the state of Utah safer. #NeverForget pic.twitter.com/kexCAxhgL7

A GoFundMe launched to raise funds for Shinners’s memorial and to support his family, has raised over $26,000 as of Monday morning.

Jake Bertelsen was one of Shinners’s close friends organized the page.

“I wanted to say a huge thank you to everyone who has been able to participate up to this point. The outreach and generosity of those who knew Joe has been humbling,” he wrote on Sunday night.

“I have raised the initial goal we set so we can hopefully continue to provide more support for his sweet wife and baby during this tough time for them. I hope we can continue to see the amazing support for this great man.”

Friends remembered Shinners, including Craig Jensen, a longtime family friend and a member of the Springville City Council.

Deeply saddened this morning at the death of one of our Provo officers. God bless all our men and women in uniform and their families. https://t.co/S5W6VfiOIh

“He’s a great kid. He comes from a family of service,” Jensen told Deseret News. “He could be serious when he needed to be but he had a heart. He wasn’t in it for himself. He was in it because it was the right thing to do.”

Officials across the state also responded to the death, including Democrat, Rep. Ben McAdams, who said on Twitter: “It’s a sad day for @ProvoPolice and all of us. The officer was killed while selflessly keeping the community safe. Sending my prayers and condolences to the fallen officer’s loved ones and all who knew him.”

According to the National Law Enforcement Officers Memorial Fund, there were 145 law enforcement officer fatalities in 2016, a 12 percent increase from 2017. Of the deaths, 53 were firearms-related. Two of the deaths took place in Utah. Eleven each took place in California, Florida, New York, and Texas.