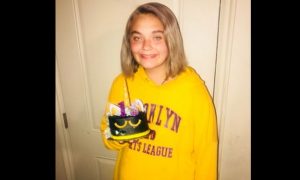 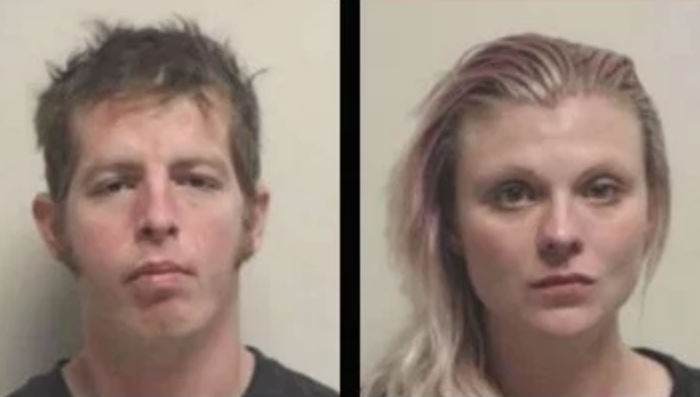 A man and a woman were arrested in Utah and set to be charged with felony child abuse after their child was taken to the hospital with second-degree burns.

Doctors later found more injuries, including two broken arms, bleeding in the brain, and detached retinas, according to court documents obtained by KUTV.

Daniel Mercer and Whittney Huber were arrested on Jan. 2.

Doctors told investigators that the brutal injuries all occurred over the previous two weeks.

The detective said that Huber was likely involved in the child abuse but was also believed to be a victim of domestic abuse by Mercer, who was arrested for two domestic violence violations in the past two months.

But police said that Huber “continually allowed Daniel to return to the (apartment) where he assaults and abused both her and her child,” according to a statement of probable cause.

She “allowed Daniel to continue to live in and return to her State housing apartment which is supposed to be for her and the baby only,” the detective added.

Huber previously lost custody of two other children after being charged with child abuse and neglect, according to a Spanish Fork Police Department report obtained by the Daily Herald.

In addition, both parents have extensive criminal histories, including drug possession, theft, and fraud.

The child was removed from her parents on Jan. 1, and was set to remain at the hospital as doctors determined a course of treatment.

“It is still to be determined whether the infant child will need surgeries of many sorts to repair the damage done to her little body,” according to the police report.

A #SpanishFork couple is accused of horrific child abuse against their 3-month old girl. Only on @KUTV2News at 10, neighbors of the couple say there were violent warning signs long before the couple was arrested. "It's disgusting, it disturbs me that they would do that." pic.twitter.com/tQTUapnevZ

Neighbors of the couple said they were concerned about the baby’s welfare before learning of the extent of the child’s injuries.

“To be honest, I’d like to beat the hell out of those two because that baby did not deserve that,” neighbor Michelle Ferguson told KUTV. “[Huber] did tell me that he has threatened to flush the baby down the toilet.”

Megan Wayman, another neighbor, said that she would often babysit the child because her parents would leave her all alone.

She, too, had regrets.

“I wish I would have seen it sooner, and done things sooner,” Wayman said. “He’s actually thrown a frying pan at the baby. He’s done a lot it’s disgusting, it disturbs me a lot that they would do that.”

About 17 percent of those reports were substantiated; the department said that there was an estimated 676,000 victims of child abuse and neglect, or 9.1 victims per 1,000 children.

The Childhelp National Child Abuse Hotline is dedicated to the prevention of child abuse. Serving the U.S. and Canada, the hotline is staffed 24 hours a day, 7 days a week with professional crisis counselors who—through interpreters—provide assistance in over 170 languages. The national hotline is available 24/7 at (1-800) 4-A-Child or (1-800) 422-4453.