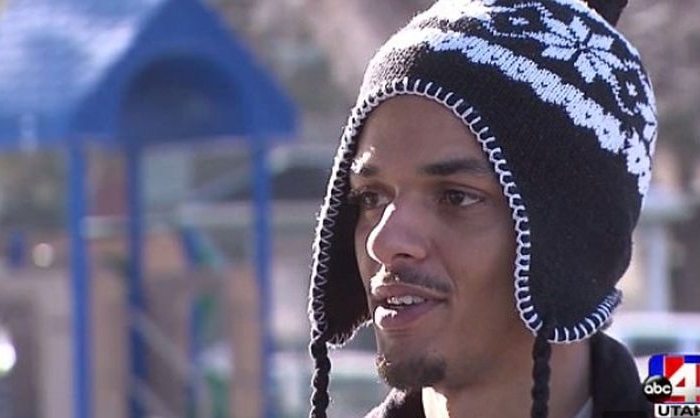 Marcus King found the girl playing in the snow without proper supervision or clothes. (News4Utah/KTVX - screenshot)
US News

A Utah man came to the aid of a 4-year-old girl who was spotted alone and dressed inappropriately for the cold weather after her mother died.

“I had heard a little girl’s voice inside the park, didn’t really think nothing of it… once I came around this way she had got my attention,” he said.

The girl was playing in the snow on the playground. But, he noted, that “she didn’t have any jacket, no shoes, no parental supervision, and just took action then and took her inside.” He told News4Utah that she was only wearing pajamas.

He told KSL that she was “just dragging her feet through the snow.”

“I was a little torn up by it,” King said. “Having to find a little girl out in the snow like that.”

King said that staff at a community center took the girl they called the police. He stayed around for three hours before police could find out who the mother of the girl is, the Fox affiliate reported.

“When they walked over there, the door was wide open,” King was quoted as saying by the news outlet. “And the way the little girl was explaining it was: Her mom wasn’t paying attention, and her mom was on the floor sleeping.”

When officers went in the building, they found the mother, 41, dead on the floor.

“Officers went inside and found a 41-year-old mother dead,” Lt. Tim Scott with Ogden Police told Fox13. “She was living alone with her mother. There is no sign of foul play. There are some pre-existing medical conditions that may have played a role.”

“We believe there may have been some pre-existing medical conditions that could explain the death,” Scott told KSL. The names of the girl and the mother were not publicly released.

A woman who claimed to be the cousin of the mother wrote on Facebook: “Please prayers for the family … (the girl) will be back in her grandmother’s care as of tomorrow … we praise God (she) was found safe,” reported KSL.

King said he’s no hero, as some have described, but he “just did the right thing.”

He added: “There’s a little kid out here… what are you supposed to do? It’s the one thing to do.”