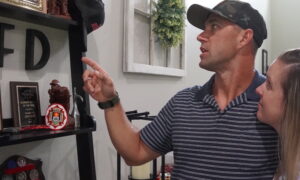 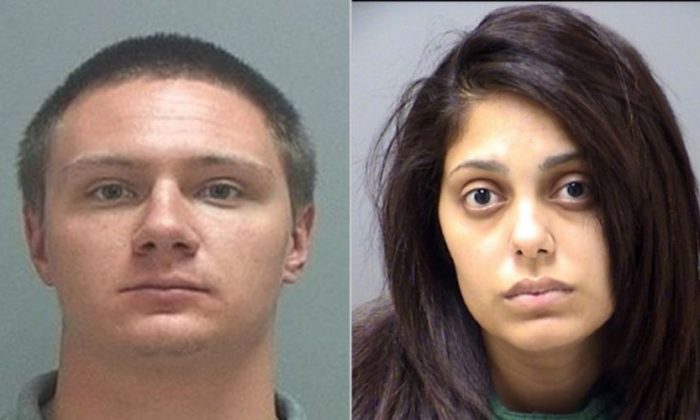 Maria Elena Sullivan and Dylan James Kitzmiller were charged in connection to the murder of the woman's 13-day-old baby. (West Jordan Police Department)
US News

After a 13-day-old infant passed away, a Utah couple was charged.

Maria Elena Sullivan, the infant’s mother, and Dylan James Kitzmiller, her boyfriend, were charged with murder, according to a Fox13 report. Sullivan was arrested in Georgia. They also face three counts of child abuse as second-degree felonies in the death of the boy.

Sullivan was seeking treatment at a hospital and she was arrested without incident, Sgt. Marianne Kelly of the Cherokee County Sheriff’s Office in Georgia confirmed.

Court documents say the infant was found unresponsive on the floor of the couple’s bedroom floor with broken bones, including a broken spine, People reported. The child also suffered other injuries.

Salt Lake County District Attorney Sim Gill told the station that they don’t suspect Sullivan caused any of the abuse directly, but she still faces a murder charge.

“Both of them were charged because the girlfriend indicated that there was a level of abuse that was going on, she was aware of this abuse, and she took no steps to stop this or to take the child to safety,” Gill said.

According to prosecutors, Kitzmiller allegedly abused the child on a regular basis. Sullivan knew about the abuse but didn’t do anything to prevent it nor did she get treatment for the infant.

Sullivan told police that Kitzmiller was “rough” with the child. In one instance, he bit the child’s hands and slapped his face. Police, however, said that she left the child in Kitzmiller’s care.

On the day of the child’s death, Sullivan had told a friend that she needed to “get away from Kitzmiller’s abuse,” Fox News reported. The baby was alone with the boyfriend on the day of the phone call and death.

When Sullivan came back, the child was only wearing a diaper, and Kitzmiller was moving his legs “in a rough weird bicycle thing,” a police report said. Later in the night, the baby was heard making noises and was having difficulty breathing. As she tried to get the child to respond, he gasped several more times and stopped breathing entirely.

They called 911 but responders were not able to save the child.

The Fox report stated that he also used heroin in the presence of the baby. Kitzmiller also verbally abused Sullivan, she alleged in the Fox report.

Kitzmiller is currently being held at Salt Lake County Jail on a $1 million bond, People reported. Sullivan is being held without bond in Georgia and she’s facing extradition back to Utah.

It’s not clear if either suspect has an attorney.