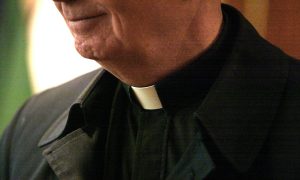 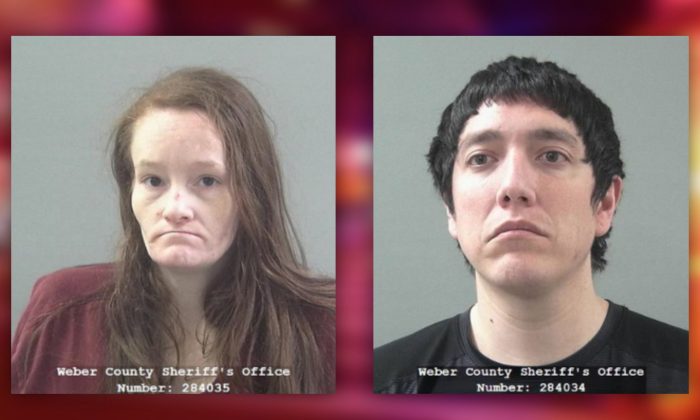 A Utah couple has been arrested after police said they starved and tortured their 15-year-old daughter for years. (Weber County Sheriff's Office)
Crime and Incidents

Two Utah parents have been accused of mistreating their teenage daughter, including denying her food and acts that could be construed as torture.

Ogden couple Trev Jordan Tutt, 33, and Kimberly Marie Tutt, 35, were arrested on Wednesday, Aug. 28, and face charges in connection with the alleged abuse of their 15-year-old daughter, KSL-TV reports.

The station posted the story on Twitter, noting that the couple “are accused of chaining their daughter to her bed for years.”

An Ogden couple is accused of chaining their daughter to her bed for years. https://t.co/C4ePfO9uSH

Court documents cited in the report say the couple’s daughter told police that over a period of years, her mother had subjected her to various forms of torture.

The teenager said that since seventh grade, her wrist had been regularly chained to a bed at night. She also recounted how, at a motel, her parents forced her to stay under a bed for 12 hours.

An officer in the case noted the girl seemed small for her age, “suggesting stunted growth,” Fox 13 reported, adding that the girl told him the parents would deprive her of food and water as a punishment. As an example, she said that over a four-day period she was denied water on two of the days, and all she was allowed to eat was one cheeseburger, two pancakes, and one egg roll.

In a statement to police cited by KUTV 2, the victim said that when she was allowed from under the bed to use the restroom, she would subsequently be forced back under the bed. She said that on that occasion, she spent about 12 hours under the bed, which had only 7 inches of clearance.

“So sad that some parents feel they need to lord over their kids to make themselves look tough doing mean things to them to show them who’s the boss, these people shouldn’t have children. Bless the little girl that she recovers,” one person wrote.

“I knew these guys when I worked at lagoon and I knew their kids back then, they were good and now hearing about this just makes me sick to my stomach. You can really see what drugs do to people, that’s no excuse for what they did to their daughter,” another commenter wrote, adding, “I hope she can recover from this and have a better life with people that won’t mistreat her.”

The parents reportedly admitted to authorities they had withheld food from the victim as a form of discipline, but denied that they starved the child. KSL-TV reported the couple’s two other female children were not subjected to similar abuse.

Court documents cited by KSL-TV state that on Friday, both Tutts were charged with felony child abuse and class A misdemeanor child abuse.