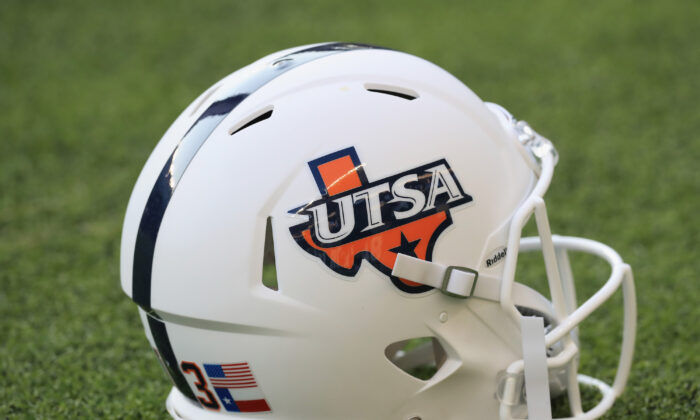 University of Texas at San Antonio (UTSA) said it will end the tradition of using “Come and Take It” as a rallying cry during football games.

In a letter to students, faculty, staff and alumni, UTSA President Taylor Eighmy said he made the decision because it has become “a distraction” from the university’s mission.

“I have seen this issue raise deep emotions both for and against, and even seen divisive vitriol,” Eighmy said in the letter. “I especially recognize that this decision will be unpopular with many of our loyal fans.”

While the origin of “Come and Take It” can be traced back to the period of the American Revolutionary war, the expression is arguably best known for its use in the Texas Revolution as a symbol of defiance. According to the Library of Congress, this was the response sent in September 1835 to Mexican troops when they came to reclaim a cannon from Texan rebels who sought independence from Mexico.

At UTSA, the slogan was adopted in 2011 when the university formed its first football team, in an effort to draw inspiration from history. Since 2016, Roadrunner home games have featured a fourth-quarter unfurling of an enormous “Come and Take It” flag across the student section, accompanied by the firing of a cannon.

The controversy surrounding the tradition was raised in August, when a professor emerita started an online petition to remove a “Come and Take It” sign in the newly opened athletic center on UT-San Antonio campus. The retired professor, Ellen Riojas Clark, claimed that the slogan “steeped in racist ideology and racist history.”

“This is a slogan that embodies both anti-Mexican and pro-slavery sentiments,” Clark wrote, alleging that it also reflects “white supremacist beliefs” held by Texans in 1835 and by “anti-government, pro-gun extremists” who breached the U.S. Capitol building on Jan. 6. The petition gained 960 signatures over the past month.

In response to the petition, Eighmy said he would create a task force to look into the matter. However, he decided to not wait for a task force.

“The phrase—as well intended as it was upon inception and adoption—has increasingly become incongruent with UTSA Athletics and our institution’s mission and core values,” he wrote. “There is no benefit to becoming embroiled in a divisive issue that could carry well into the future and negatively affect our progress.”

UTSA will also remove the phrase from buildings, fields, and licensed merchandise. Lisa Campos, UTSA’s vice president for intercollegiate athletics, will be working with stakeholders to establish a new fourth-quarter tradition starting with the 2022 season.