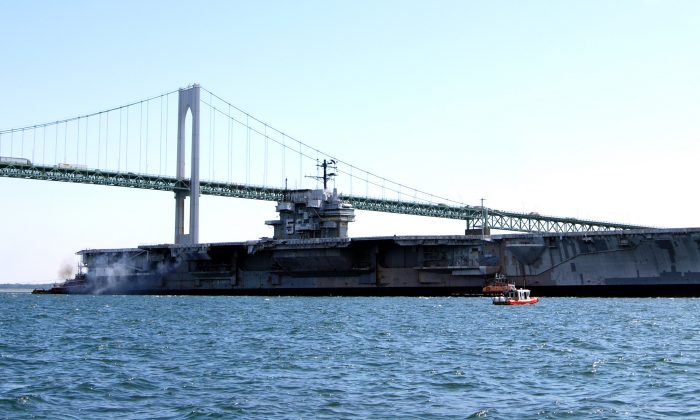 The USS Forestal was sold for 1 cent by the U.S. Navy to a company for scrapping.

The Navy ship was decommissioned in 1993 after over 38 years in service.

The Navy tried donating it “to an eligible organization for use as a museum or memorial,” but no viable applications were received, it said in a statement.

The vessel was redesignated for disposal in December 2003.

The USS Forestal was the Navy’s first supercarrier, moving around the world amid times filled with tension.

Among the hectic situations it was in, stray voltage triggered a rocket launch, sparking a chain reaction that led to fires and explosions on deck, when the ship was in the Gulf of Tonkin on July 29, 1967, reported Stars and Stripes.

134 men were killed and more than 300 were injured in the situation. Repairs took over seven months.

However, the Forestal went back out to sea and continued sailing around for many years after that.