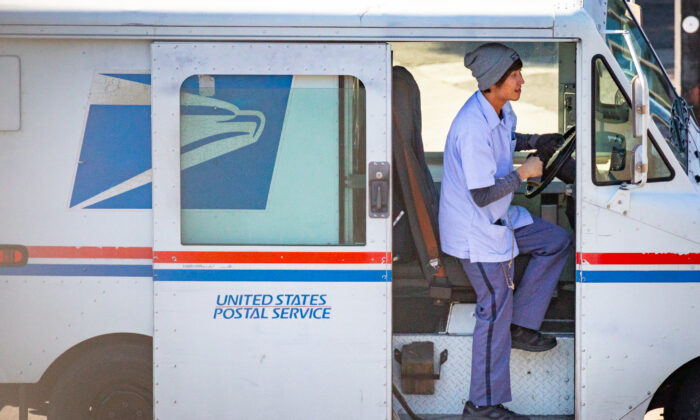 LOS ANGELES—One neighborhood in Santa Monica will not be receiving postal service from the U.S. Postal Service (USPS) until further notice after “multiple carriers have been subjected to assaults and threats of assault from an individual who has not been located or apprehended,” according to a postal letter sent out to residents alerting them of the change.

Santa Monica residents located on the 1300 block of 14th Street received a USPS letter on April 7 which read, “the safety of our employees and of the mail they deliver to you is our highest concern. Until we can ensure the safety of both, delivery services will remain suspended.”

It’s unclear when the services for paper mail will resume, but private carriers are still delivering packages to the neighborhood.

Residents in the neighborhood are encouraged to pick up their mail at the post office on 7th Street.

Only one assault has been officially reported, according to a CBS report, and the victim did not press charges. But a USPS spokesperson said there have been three separate incidents with three different carriers in the neighborhood over the last few months.

The U.S. Postal Inspection Service, the law enforcement branch of the USPS, told The Epoch Times in an emailed statement that they are “aware of the recent reports of suspicious activity towards Postal Carriers in Santa Monica, California.”

Lt. Erika R. Aklufi of the Santa Monica Police Department told The Epoch Times in an email that the “USPS issued the letter and as far as we know did not contact our department before sending it.”

“I tried calling the two phone numbers on the letter—one went unanswered, the other had a voicemail box that is full,” Aklufi wrote in the email.

Aklufi said, with a lead from one of the Santa Monica police officers who is familiar with the location, officers located a crime report for an assault with a deadly weapon—a broomstick—incident on a USPS mail carrier on the 1300 block of 14th Street on Jan. 19.

The suspect lived in the area “and is known to our officers and also to the mail carrier he attacked,” Akulfi said.

The victim sustained a minor injury to his arm and did not require medical attention, she said, and the officers who took the report contacted the U.S. Postal Inspection Service on the day of the incident to provide information should they wish to follow up.

“We do not know if the [U.S. Postal Inspection Service] did so,” she said.

Other incidents of USPS mail carriers being attacked were not identified.

“Without speaking to the postmaster, it will be difficult to know the extent of this issue. I have never heard of the Postal Service suspending service for all residents in a neighborhood, and can only refer you to them for answers about their course of action,” she said.