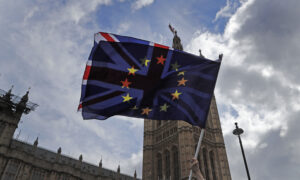 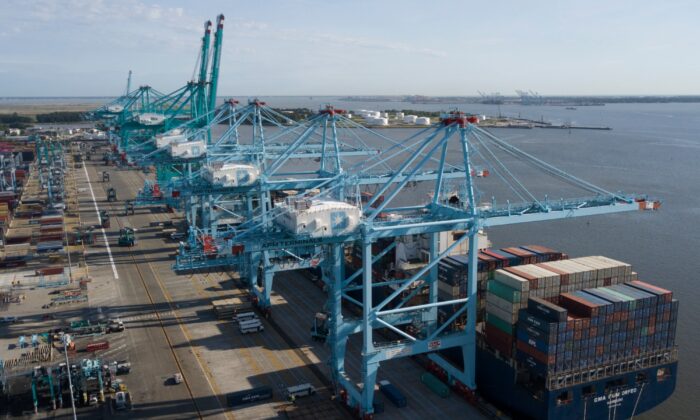 A container ship is unloaded at the Virginia International Gateway terminal in Norfolk, Va., on May 10, 2019. (Steve Helber/AP)
Economies

US Trade Deficit Drops for First Time in 6 Years

The U.S. trade deficit fell for the first time in six years in 2019 as President Donald Trump hammered China with import taxes.

The Commerce Department said on Feb. 5 that the gap between what the United States sells and what it buys abroad fell 1.7 percent last year to $616.8 billion. U.S. exports fell 0.1 percent to $2.5 trillion. But imports fell more, slipping 0.4 percent to $3.1 trillion. Imports of crude oil plunged 19.3 percent to $126.6 billion.

The deficit in the trade of goods with China narrowed last year by 17.6 percent to $345.6 billion. Trump has imposed tariffs on $360 billion worth of Chinese imports in a battle over Beijing’s aggressive drive to challenge American technological dominance. The world’s two biggest economies reached an interim trade deal last month, and Trump dropped plans to extend the tariffs to another $160 billion in Chinese goods.

Trump campaigned on a promise to reduce America’s massive and persistent trade deficits, which he sees as a sign of economic weakness and the result of lopsided trade deals that put U.S. exporters at a disadvantage. He has negotiated a new trade agreement with Canada and Mexico that he says will bring more balance to trade in North America.