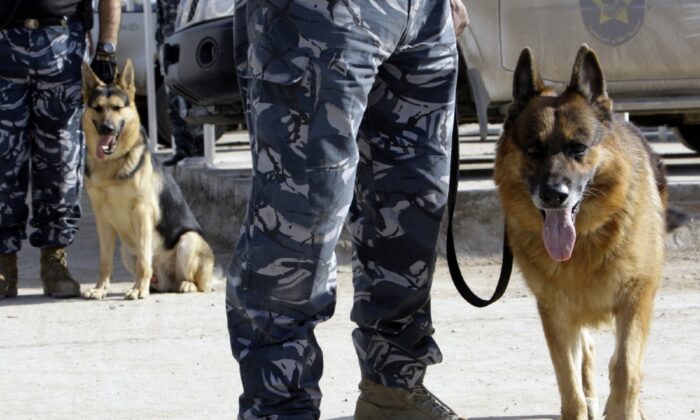 US Stops Sending Sniffer Dogs to Egypt, Jordan After 7 Die

The U.S. State Department said that it would temporarily stop sending more sniffer dogs to Jordan and Egypt until both countries provide the essential conditions for their health and welfare.

State’s Department ‘s Office of Inspector General (OIG) found ou t in September that two bomb-sniffing dogs sent to Jordan were dead. The total number of deaths reached 7 based on the second report released last Friday. The OIG said on Monday that it would stop sending more dogs to Jordan and Egypt, Reuters reports.

According to the State Department, bomb-sniffing dogs play an important role in fighting terrorism abroad and saving the lives of Americans.

“Any death of a canine in the field is an extremely sad event,” the official said, adding that the State Department would do its best to ensure the health and welfare of its sniffer dogs overseas and prevent any more deaths.

Of the seven that died, two sent to Jordan died of non-natural causes in June and September. One of the dogs died of heat stroke on June 7. A veterinarian said that “cases of negligence and improper care” were the causes of heat stroke death, according to the OIG, (pdf).  The other dog that died in Jordan was poisoned from insecticide sprayed in or near a kennel in September. In October another died after succumbing to a severe but curable disease.

The OIG also clarified the cases of three other dogs in Jordan; one died and the other two, which were in a severe condition, were returned to the United States for further treatment.

Three of the 10 dogs deployed to Egypt in 2018 also died—one due to lung cancer, another due to a ruptured gall bladder, and the third due to heat stroke.

So far neither Jordan, the biggest recipient of U.S.-trained sniffer dogs, nor Egypt have issued any statement on the issue.

In addition to Jordan and Egypt, there are currently six other countries—Bahrain, Oman, Lebanon, Nepal, the Dominican Republic, and Afghanistan—where 135 dogs are involved in the U.S. Antiterrorism Assistance Program, the State Department officials told reporters.

For the time being, however, the dogs already deployed to Jordan and Egypt will remain there, the Department said.

An OIG official reported that the dogs were sent to foreign countries without a signed written contract that defines the protection norms. He said that there was no sustainable plan in place to ensure their health and welfare.

“Improving health and welfare is something that’s continual and gradual,” another State Department official said. “It will not happen overnight, and that’s why improving kennel conditions, improving how many times they check on the canines—those are all things we’re actively working on.”