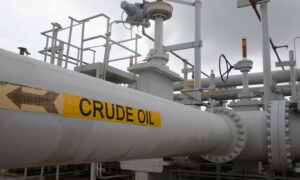 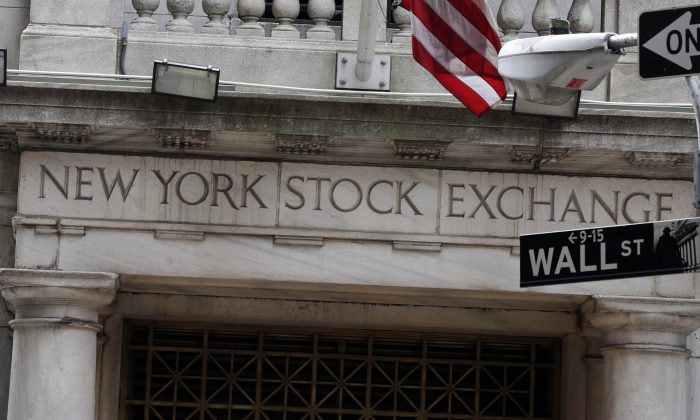 The Wall Street entrance of the New York Stock Exchange on Oct. 2, 2014. US stocks edged lower in early trading, Friday, Jan. 9, 2015, after two days of big gains. The government reported another strong round of hiring in December that helped push the unemployment rate down to a six-year low. (AP Photo/Richard Drew)
Business

Energy stocks slid as oil resumed its slide after stabilizing for two days. The government reported another strong round of hiring in December that helped push the unemployment rate down to a six-year low. Wage growth, however, remained weak raising concern that economic growth will fail to gain traction.

Stocks also dropped on speculation that an anticipated stimulus plan by the European Central Bank to boost the region’s economy would be too timid.

ENERGY: U.S. crude fell $1.09, 2.2 percent, to $47.71 a barrel on the New York Mercantile Exchange. In London, Brent crude fell $1.49, or 2.9 percent, to $49.46 a barrel. A dive in oil prices earlier in the week triggered a big sell-off in global stock markets. The price of the key commodity has fallen by more than half since last June as traders try to price in a glut of supply due to increased production.

JOBS REPORT: The Labor Department reported that U.S. employers added 252,000 jobs in December, slightly more than economists expected. The government also said more jobs were added in October and November than it had previously estimated. The unemployment rate dropped to 5.6 percent from 5.8 percent.

VOLATILE MARKETS: After a long period of relative calm, stock markets have become more volatile in recent months as investors grapple with slowing global growth and slumping oil prices. The Chicago Board Options Exchange’s volatility index, known as the VIX, a gauge of investor anxiety, rose 2.6 percent to 17 on Friday. The index was at 12 a month ago.

THE QUOTE: “It’s going to be a volatile year, but I think if you remain a long-term investor … and you push out this volatility and you focus on the trends, I think (the stock market) is going to have a pretty good year,” said Robert Pavlik, chief market strategist at Banyan Partners.

SALES MISS: Bed Bath & Beyond was the biggest decliner in the S&P 500 after the company said late Thursday that its quarterly sales missed estimates. The company’s stock slumped $6.32, or 8 percent, to $73.13.

BOND MARKETS: In government bond trading, prices rose. The yield on the benchmark 10-year Treasury fell to 1.96 percent from 2.02 percent on Thursday.