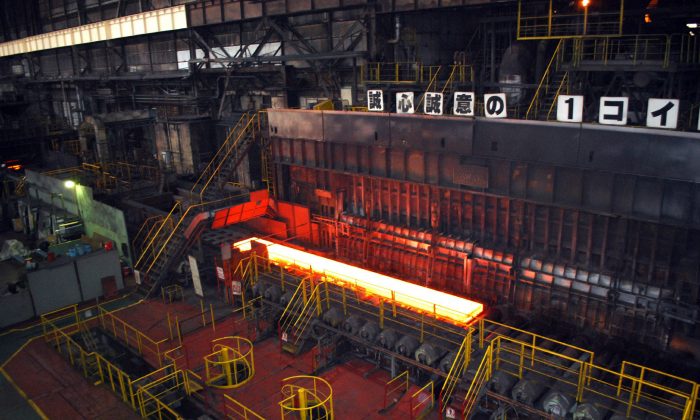 US Should Embrace Japan–India Alliance and TPP

Japan’s Shinzo Abe was the first foreign leader to meet president-elect Donald Trump face-to-face after the 2016 American election—no doubt because Japan has the world’s third-largest economy and plays a major role internationally in trade, development aid, capital, and credit.

Abe’s recent visit with Trump in Florida occurred as the bilateral relationship was fraying. Tokyo was blindsided when the president announced his intention to hold talks with North Korea’s Kim Jong Un, contrary to the longstanding principle that the United States, Japan, and South Korea speak with one voice to prevent Pyongyang from driving a wedge between them.

During Abe’s visit, Trump confirmed that his secretary of state designate Mike Pompeo had already held private talks with Kim, moving the two governments to a summit that would see their sitting leaders meet for the first time ever.

Kim’s recently announced suspension of nuclear testing might open new doors for regional discussions as the leader attempts to improve the North’s lifeless economy. Some verified denuclearization would be an essential precondition for such an outcome, given past cheating and a hideous human rights record by all three Kims as Stalinist monarchs.

A summit between the two Koreas is scheduled for April 27; Trump is expected to meet with Kim in early June. Japan, excluded, must rely on South Korea–U.S. negotiations.

Abe wants Japanese nationals abducted by earlier Kims to be returned and Pyongyang cleared of shorter-range missiles that pose a threat to Japan.

Trump committed to “[doing] everything possible to have (the abductees) brought back,” and the U.S. State Department insisted that Washington remains “committed to achieving the … irreversible denuclearization of the Korean Peninsula” and that its commitment to the defense of South Korea and Japan is “ironclad.”

The second American announcement was that new aluminum and steel import tariffs, which could seriously affect Japanese companies, would be implemented with temporary exceptions for the European Union and six countries, including South Korea and other U.S. allies, but not Japan.

Abe failed to persuade Trump to rethink the tariffs, because Washington is concerned about its massive trade deficit with Japan. The two leaders did agree, however, to initiate new trade and investment consultations.

Abe’s government has been dealing with domestic scandals since it won decisively a snap election last October. He undoubtedly sees the international stage as an opportunity to mitigate the damage by confirming strong Japan–U.S. solidarity, after being caught off-guard by Trump’s recent policy shifts on North Korea and trade issues.

Abe urged Trump to return to the multinational Trans-Pacific Partnership (TPP) free-trade pact, but the latter emphasized the United States won’t rejoin the framework unless he’s offered a deal he can’t refuse.

The TPP was designed as an economic bulwark against China—a means to get ahead of Beijing in writing the 21st-century rules of the road for global trade. The geostrategic case for the TPP is probably even stronger than it was before, given everything that is happening in the world.

Negotiating a free-trade agreement with an increasingly totalitarian and plutocratic party-state in China, which treats its Tibetan, Falun Gong, Uyghur, Christian, farm, urban worker, and other communities appallingly, should be unthinkable for any democracy. A revised TPP, including a number of other regional democracies with rule of law, is the best major trade option for both Canada and the United States in Asia and the Pacific Rim.

India’s Prime Minister Narendra Modi chose a visit to Tokyo in 2016 as the occasion to reproach China on its misbehavior in Asia, alluding to its military buildup in the South China Sea, heavy-handedness in Tibet, territorial ambitions in northern India, and more. He added, “Everywhere … we see an 18th-century expansionist mindset: encroaching in other countries, intruding in others’ waters, invading other countries, and capturing territory.”

Australia, similar to Canada in many ways but with a heightened awareness of the security challenge represented by Beijing, has embraced the emerging Japan–India coalition.

Australia’s participation is significant because it indicates that smaller democracies with Pacific interests needn’t choose between China and their traditional alliances. Australia has a bilateral free-trade deal with Beijing, but this doesn’t mean Australians are naïve about the need to protect their security interests or the dangers of becoming overly reliant on a regime that believes any attempt to counter its ambitions is an affront.

The world economy is now improving overall, and unemployment is falling in some nations despite predatory trade and other economic practices by China, Russia, and others.

Canada should still trade cautiously with the Middle Kingdom, but our experience with the aborted launch of free-trade negotiations in Beijing indicates that trade cannot outrank a judicious advancing of our strategic interests in concert with those who share our values.

Japan, India, and a revised TPP are the best trade option for both Canada and the United States in Asia.