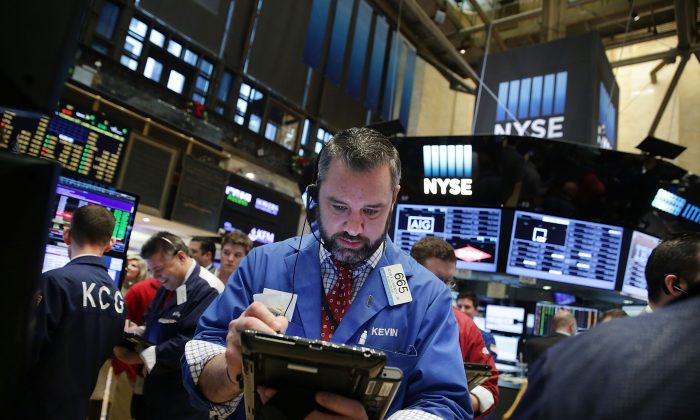 US Rates Up, Yuan Down

Nobody knows whether the Fed will raise rates again in June, not even Fed officials.

So it seems kind of pointless Chinese officials would ask their U.S. counterparts whether there would be a rate hike as Bloomberg reports, citing people “familiar with the matter.”

In fact, U.S. officials may ask their Chinese counterparts whether raising rates would not hurt anybody. San Francisco Fed President John Williams said as much during a speech at the Council on Foreign Relations this week.

“I don’t know what will happen in June, it depends on the data,” with data meaning uncertainty and capital flight in China. “It’s a factor in the decision for June and we could hold off until July.”

One thing, however, is certain. When a Fed rate hike becomes more likely, the Chinese currency feels the pressure—it’s down almost one percent over the past month to 6.56, which is a lot for the centrally managed exchange rate and very close to the 6.59 level reached in January this year.

And with the best estimate for second quarter U.S. GDP, a key input for the Fed in its rate decision, being upgraded from 2.5 percent to 2.9 percent, the rate hike is becoming ever more likely.

This dynamic, of course, isn’t new. Ever since the Fed stopped it’s Quantitative Easing (QE) program in December of 2013, the U.S. dollar hit rock bottom against the yuan and has appreciated 8 percent. She steepest increase happened in the second half of 2015 when markets finally believed the Fed would hike rates for the first time since 2006.

“That means the Fed still has a ‘China problem’: any effort it makes to tighten policy will, once more, activate the feedback loop and suck capital from China with what are now predictable consequences,” Citigroup’s David Lubin writes in a blog post.

Investment bank Nomura, however, believes that this episode is different from what happened last year in August when the yuan devalued 4.5 percent over a few days:

“[The yuan] is trading close to the actual fix [the central bank sets this rate], which suggests the downward pressure on the yuan is not as severe as last year. Moreover, the yuan has generally been underperforming its peers since the August devaluation.”

According to the investment bank, the weakness against other currencies already includes some of the weaker Chinese economic data and therefore does not necessitate another sharp devaluation.

“The August devaluation thus occurred with falling confidence in the economy and market participants saw the devaluation as confirmation of a much weaker Chinese economic picture than before.”

But what about the Fed? Nomura thinks the first rate hike in December was as bad as it gets: “While there have been gyrations around Fed hike expectations, the first hike is behind us.”

If the worst is not behind us in terms of market volatility and a crashing Chinese currency, John Williams has the solution: “We can always move interest rates back down.”