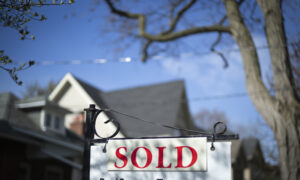 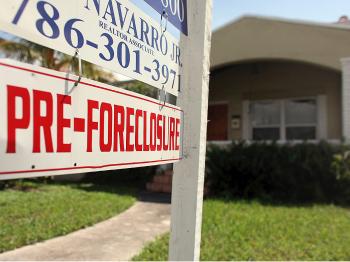 One of every four homeowners owes more on the mortgage than the value of the home. (Joe Raedle/Getty Images)
Real Estate

One in Four U.S. Mortgages ‘Underwater’

By Antonio Perez
Print
NEW YORK—In a sign that could threaten recovery efforts of the real estate market, about 23 percent of all U.S. mortgage-borrowers owe more than the value of their properties, a Tuesday report found.

Almost 10.7 million U.S. mortgages are “underwater”—owing more on a mortgage than the value of the home—in the third quarter, according to a report by First American CoreLogic, a real estate research company. An additional 2.3 million mortgage borrowers are within 5 percent of having negative equity.

The data is bad news for lenders and borrowers, as default and foreclosure rates are higher for homes currently “underwater.” Such homes are also likely to be abandoned, or turned over voluntarily to the bank if the homeowner decides that property values would never climb as high as the mortgage owed.

That’s still almost 9 percent below the same reading a year earlier, the report found. The worst-performing city on the index was Las Vegas, Nevada, where housing prices have dropped for 37 months in a row.