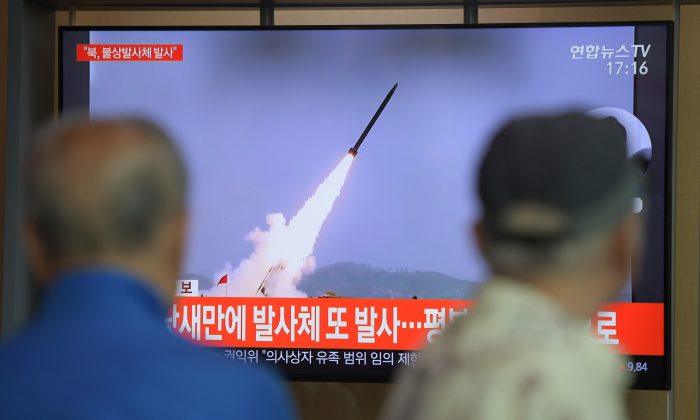 Four Chinese nationals and the Chinese company they worked for have been indicted for evading U.S. sanctions designed to prevent North Korea from developing nuclear weapons and ballistic missiles, the U.S. Department of Justice (DOJ) said on July 23.

Ma Xiaohong, her company Dandong Hongxiang Industrial Development Co., and its three managers were charged by a federal grand jury on July 22 in Newark, New Jersey, with sanctions violations, conspiracy to violate sanctions and defraud the United States, and conspiracy to launder money.

The indictment came nearly three years after the defendants were first charged with sanctions violations in September 2016.

“Ma, her company, and her employees tried to defraud the United States by evading sanctions restrictions and doing business with proliferators of weapons of mass destruction,” said Craig Carpenito, U.S. attorney for the District of New Jersey, in a statement.

The indictment comes as the U.S. administration looks to restart talks with Pyongyang aimed to end its nuclear program. In late June, U.S. President Donald Trump and North Korean leader Kim Jong Un met in a historic meeting on the border of North Korea and South Korea.

Dandong Hongxiang, located in the city of Dandong on the border between China and North Korea, is a Chinese company whose core business was trade with North Korea, according to the indictment.

Prosecutors said that between December 2009 and September 2015, the defendants established the front companies in jurisdictions such as the British Virgin Islands, the Seychelles, Hong Kong, Wales, England, and Anguilla. They also opened Chinese bank accounts held in the names of the front companies at banks in China that maintained correspondent accounts in the United States, the indictment said.

These front companies facilitated financial transactions for KKBC, thus hiding the sanctioned bank’s involvement from the U.S. banking system—including, in one case, from a bank processing center in Newark, New Jersey.

According to the indictment, the defendants, through the front companies, purchased sugar and fertilizer for the benefit of KKBC. The sales transactions were allegedly financed or guaranteed by the North Korean bank.

The U.S. Department of Treasury’s Office of Foreign Assets Control imposed sanctions on Dandong Hongxiang when federal charges were first announced in September 2016, the first time Washington had taken such a step against a Chinese company.

Ma and the other individual defendants each face up to 20 years in prison for the most serious of the charges.