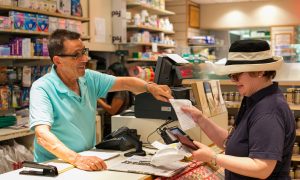 Why the Prescription Drug Market Doesn’t Work for Patients
0 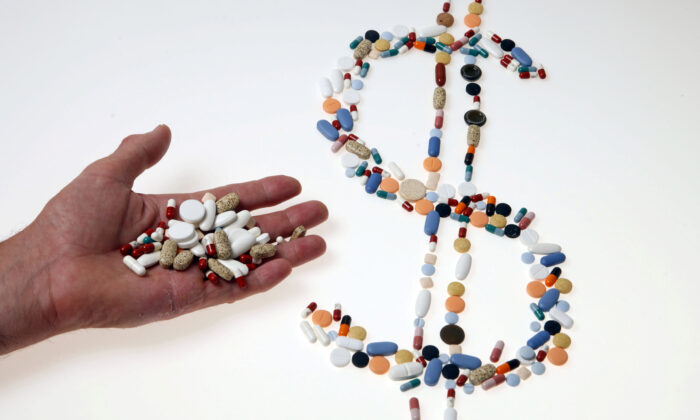 Pharmaceutical tablets and capsules are arranged in the shape of a U.S. dollar sign on a table in this picture illustration taken in Ljubljana August 20, 2014. Srdjan Zivulovic/Reuters
Viewpoints

US Health Care: An Industry Too Big to Fail 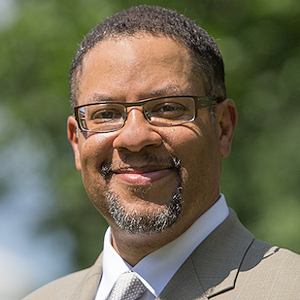 As I spoke recently with colleagues at a conference in Florence, Italy about health care innovation, a fundamental truth resurfaced in my mind: the U.S. health care industry is just that. An industry, an economic force, Big Business, first and foremost. It is a vehicle for returns on investment first and the success of our society second.

This is critical to consider as presidential candidates unveil their health care plans. The candidates and the electorate seem to forget that health care in our country is a huge business.

Health care accounts for almost 20 percent of GDP and is a, if not the, job engine for the U.S. economy. The sector added 2.8 million jobs between 2006 and 2016, higher than all other sectors, and the Bureau of Labor Statistics projects another 18 percent growth in health sector jobs between now and 2026. Big Business indeed.

This basic truth separates us from every other nation whose life expectancy, maternal and infant mortality or incidence of diabetes we’d like to replicate or, better still, outperform.

As politicians and the public they serve grapple with issues such as prescription drug prices, “surprise” medical bills and other health-related issues, I believe it critical that we better understand some of the less visible drivers of these costs so that any proposed solutions have a fighting chance to deflect the health cost curve downward.

As both associate chief medical officer for clinical integration and director of the center for health policy at the University of Virginia, I find that the tension between a profit-driven health care system and high costs occupies me every day.

The Power of the Market

All of these goods or services are profit-seeking, and all are motivated to maximize profits and minimize the cost of doing business. All must adhere to sound business principles, or they will fail. None of them disclose their cost drivers, or those things that increase prices. In other words, there are costs that are hidden to consumers that manifest in the final unit prices.

To my knowledge, no one has suggested that Rolls-Royce Motor Cars should price its cars similarly to Ford Motor Company. The invisible hand of “the market” tells Rolls Royce and Ford what their vehicles are worth.

Ford can (they won’t) tell you precisely how much each vehicle costs to produce, including all the component parts that they acquire from other firms. But this is not true of prescription drugs. How much a novel therapeutic costs to develop and bring to market is a proverbial black box. Companies don’t share those numbers. Researchers at the Tufts Center for the Study of Drug Development have estimated the costs to be as high as US$2.87 billion, but that number has been hotly debated.

What we can reliably say is that it’s very expensive, and a drug company must produce new drugs to stay in business. The millions of research and development (R&D) dollars invested by Big Pharma has two aims. The first is to bring the “next big thing” to market. The second is to secure the almighty patent for it.

U.S. drug patents typically last 20 years, but according to the legal services website Upcounsel.com: “Due to the rigorous amount of testing that goes into a drug patent, many larger pharmaceutical companies file several patents on the same drug, aiming to extend the 20-year period and block generic competitors from producing the same drug.” As a result, drug firms have 30, 40-plus years to protect their investment from any competition and market forces to lower prices are not in play.

Here’s the hidden cost punchline: concurrently, several other drugs in their R&D pipelines fail along the way, resulting in significant product-specific losses . How is a poor firm to stay afloat? Simple, really. Build those costs and losses into the price of the successes. Next thing you know, insulin is nearly US$1,500 for a 20-milliliter vial, when that same vial 15 years ago was about $157.

It’s actually a bit more complicated than that, but my point is that business principles drive drug prices because drug companies are businesses. Societal welfare is not the underlying use. This is most true in the United States, where the public doesn’t purchase most of the pharmaceuticals—private individuals do, albeit through a third party, an insurer. The group purchasing power of 300 million Americans becomes the commercial power of markets. Prices go up.

I hope that most people would agree that physicians provide a societal good. Whether it’s in the setting of a trusted health confidant, or the doctor whose hands are surgically stopping the bleeding from your spleen after that jerk cut you off on the highway, we physicians pride ourselves on being there for our patients, no matter what, insured or not.

Allow me to state two fundamental facts that often seem to elude patient and policymaker alike. They are inextricably linked, foundational to our national dialogue on health care costs and oft-ignored: physicians are among the highest earners in America, and we make our money from patients. Not from investment portfolios, or patents. Patients.

Like Ford or pharmaceutical giant Eli Lilly, physician practices also need to achieve a profit margin to remain in business. Similarly, there are hidden-to-consumer costs as well; in this case, education and training. Medical school is the most expensive professional degree money can buy in the United States. The American Association of Medical Colleges reports that median indebtedness for U.S. medical schools was $200,000.00 in 2018, for the 75 percent of us who financed our educations rather than paying cash.

Our “R&D”—that is, four years each of college and medical school, three to 11 years of post doctoral training costs—gets incorporated into our fees. They have to. Just like Ford Motors. Business 101: the cost of doing business must be factored into the price of the good or service.

For policymakers to meaningfully impact the rising costs of U.S. health care, from drugs to bills to and everything in between, they must decide if this is to remain an industry or truly become a social good. If we continue to treat and regulate health care as an industry, we should continue to expect surprise bills and expensive drugs.

It’s not personal, it’s just… business. The question before the United States is: business-as-usual, or shall we get busy charting a new way of achieving a healthy society? Personally and professionally, I prefer the latter.

Michael Williams is an associate chief medical officer for Clinical Integration; associate professor of Surgery and director of the UVA Center for Health Policy at the University of Virginia.