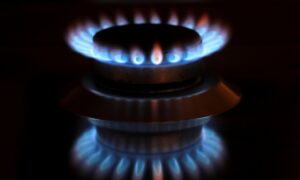 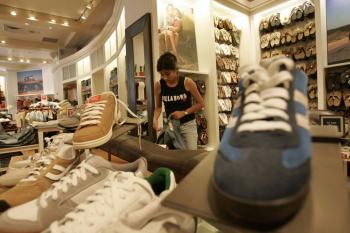 A key index of consumption prices paid by U.S. consumers declined at the biggest rate since August 1955, according to April Consumer Price Index (CPI) data released by the U.S. Department of Labor.

The CPI declined last month by 0.7 percent on an annual basis. The index measures the level of prices consumers pay for goods and services, and helps shape future monetary policy changes at the U.S. Treasury.

However, much of the decline was due to slumping energy and food prices. Crude oil, hovering around the mid $50 per barrel range, has fallen almost 60 percent since reaching more than $110 a barrel in April of last year.

Federal Reserve Chairman Ben Bernanke has played down the risk of deflation, or a long period of falling consumer prices like the one experienced by Japan. His position is bolstered by the latest reading of core CPI, or consumer prices excluding energy and food costs, which actually rose at a 1.9 percent pace annually.

Prices for medical care rose 0.4 percent in April, helped by the higher cost of prescription drugs and medical care. Prices of tobacco and smoking products rose a staggering 9.3 percent in April following an 11 percent jump in March due to statutory taxes imposed on such products.

Economists fear deflation, which could deepen a recession as consumers hold back spending on hopes of further price declines. A decade-long period of deflation ravaged the Japanese economy during the 1990s.

But recent economic data has quelled such fears, which drove the stock market to historic lows in March. The Dow Jones Industrial Average has rebounded more than 26 percent since reaching a low of 6,457 points on March 9.

In the face of declining sales, luxury teen retailer chain Abercrombie & Fitch Co. reduces prices on certain items last quarter. The retailer has strongly resisted cutting prices in the past, citing loss of reputation and quality.

But the retail chain posted worse-than-expected financial results for the first quarter on Friday, a loss of $26.8 million. Same store sales, or sales in stores open for more than a year, tumbled 30 percent, while sales at its Reuhl brand targeting adults dropped 34 percent.

The company said that it is reviewing the future of the Reuhl brand.

“We’ve spent years building our brands to compete on quality, aspiration, and the unique store experience, not on price,” said Chief Executive Mike Jeffries said during a conference call with analysts. “We are actively planning for meaningful reductions in our average unit retails, while remaining committed to protecting our initial mark-up percentage and providing quality product.”

The same store sales declines at Abercrombie were much higher than its rivals American Eagle Outfitters Inc. and Gap Inc., both of which sell at lower price points. The decline reflects an unwillingness to spend more for premium brands among consumers.

“The consumer is reluctant to spend on premium brands,” Jeffries said. “There is a price consciousness dictating shoppers’ purchases today, unlike anything I have seen before.”

“In light of the current economic environment, our marketing efforts will be even more focused than in prior periods. Our campaign, ‘The More You Know, The More You Kohl’s,’ seems to have resonated with our customer,” Mansell said.