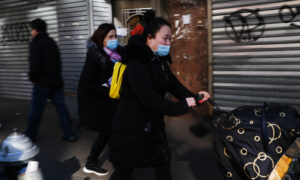 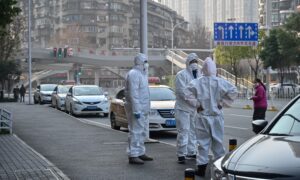 White House: US Has Reached Out to China Over Coronavirus Outbreak
0 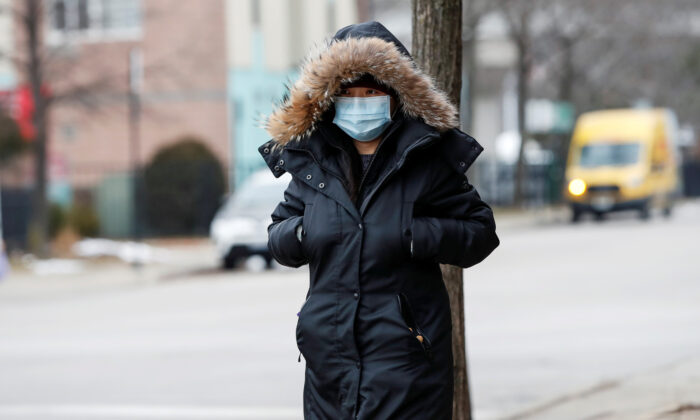 U.S. health authorities have confirmed an eighth case of the novel coronavirus in the United States.

The virus was detected in a man in his 20s from Boston who had recently traveled to Wuhan, the central Chinese city where the outbreak originated, the Massachusetts Department of Public Health announced in a press release on Feb. 1.

Health officials later confirmed that he’s a student at the Boston campus of the University of Massachusetts. He has been under self-isolation at his off-campus home since Jan. 29, after complaining of flu-like symptoms.

The officials said he has had very limited contact with others since his return from Wuhan on Jan. 28, but declined to provide further details at a press briefing on Feb. 1.

The man will continue to be isolated until cleared by health officials, who said he is clinically healthy and doesn’t require hospitalization. He has been in regular contact with medical personnel, the officials said.

State officials said the decision to place the patient under self-isolation, rather than in hospital quarantine, was consistent with recommendations from the U.S. Centers for Disease Control and Prevention (CDC), and was partly because of concern that the virus could spread more easily in a hospital setting.

Boston Logan International Airport didn’t begin screening for the virus until Jan. 29, a day after the patient’s return from China. So far, 20 U.S. airports have been screening passengers from China to identify possible coronavirus patients.

It’s unclear how long he had been in Wuhan.

In addition to the Boston case, there are three confirmed cases of the novel coronavirus in California, one in Washington state, one in Arizona, and two in Illinois. In one of these cases, a man from Chicago who hadn’t been to China contracted the virus from his spouse, who had returned from Wuhan.

The CDC is currently monitoring another 121 possible cases of the virus.

U.S. health officials have said that the risk of infections on Americans remains low.

“We are grateful that this young man is recovering and sought medical attention immediately,’’ Massachusetts Public Health Commissioner Monica Bharel said in the statement.

The man’s few close contacts are currently being monitored for any signs of illness.

State health authorities were notified by the CDC of the positive test results late on Jan. 31.

The U.S. government declared the coronavirus a public health emergency on Jan. 31, and enacted temporary travel restriction and quarantine measures in a bid to contain the spread of the disease in the country.

As of 5 p.m. Feb. 2, all foreign nationals who have been in mainland China for the past 14 days will be denied entry into the United States, excluding U.S. residents or immediate family of U.S. citizens.

In addition, returning U.S. citizens from Hubei—the Chinese province where Wuhan is located—will undergo a mandatory quarantine of up to 14 days.

For U.S. citizens returning from the rest of mainland China, they will undergo health screenings at selected ports of entry and would be subject to up to 14 days of monitored self-quarantine.

The World Health Organization earlier in the week declared the outbreak a global health emergency. Currently, more than 20 other countries and territories have reported confirmed cases of the virus. Meanwhile, a 44-year-old Chinese man, who died Feb. 1 of the coronavirus in the Philippines, is the first confirmed fatality outside mainland China since the outbreak began.

Inside China, state figures place the number of infections at nearly 15,000, and more than 300 deaths, with numbers drastically rising on a daily basis. However, experts say the actual numbers are likely to be much higher.