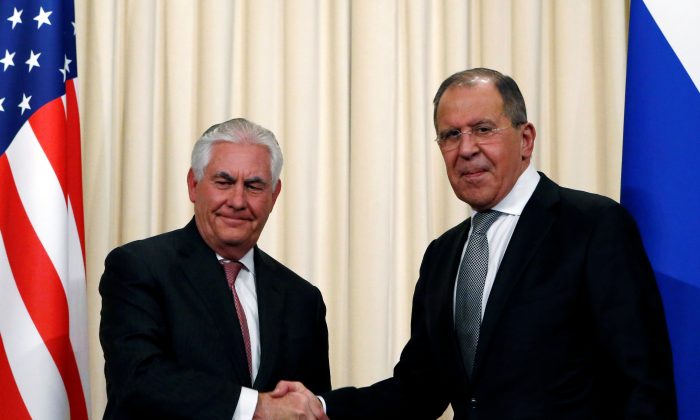 The United States and Russia have renewed their airspace agreement designed to prevent midair collisions and other incidents between warplanes over Syria.

Generals on both sides issued statements on the agreement, which began in late 2015 but was canceled last month, reported Voice of America (VOA) on May 6. Gen. Joseph Dunford, chairman of the U.S. Joint Chiefs of Staff, spoke by telephone with his Russian counterpart, Gen. Valery Gerasimov, and both sides agreed to fully restore the agreement.

Russia had briefly canceled the agreement after the Trump administration launched strikes on a Syrian airfield in retaliation for the Syrian government’s use of chemical weapons against civilians. The government attack killed an estimated 72 people, including 20 children.

VOA reported the two senior generals also discussed the Astana agreement signed on May 4, under which Iran, Russia, and Turkey have agreed to de-escalate violence in parts of Syria—particularly in areas where Syrian government forces have had intense clashes with Syrian rebels.

According to VOA, the United States had a representative at the Astana meeting, but did not participate in negotiations. Stéphane Dujarric, spokesman for the U.N. secretary-general on Syria, encouraged the agreement in a press release, but noted “it will be crucial to see this agreement actually improve the lives of Syrians.”

Meanwhile, the Trump administration approved a plan to arm the Kurdish Syrian Democratic Forces (SDF), which is expected to be the first group to reach Raqqa—and the first to fight the ISIS terrorist group there. ISIS has held the city since 2014.

Arming the SDF was initially the preferred strategy of the Obama administration, but was controversial since the SDF is controlled by the Syrian Kurdish People’s Protection Units (YPG) militia. The YPG is in turn tied to the Kurdistan Workers’ Party, which is fighting an insurgency against Turkey.