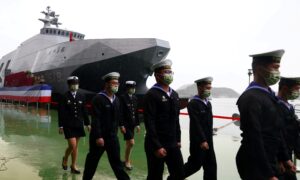 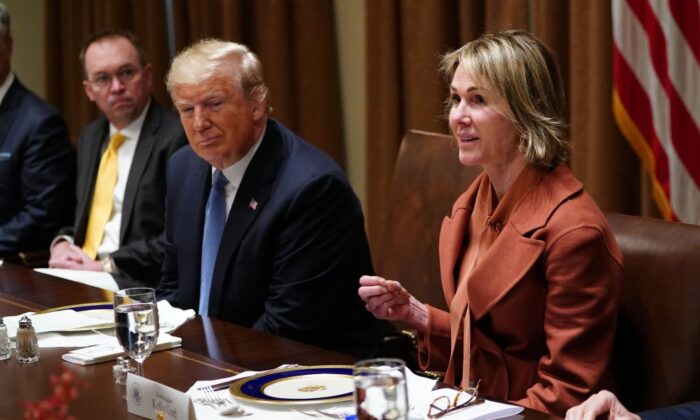 U.S. President Donald Trump listens as U.S. Ambassador to the United Nations Kelly Craft speaks during a luncheon with the U.N. Security Council permanent representatives in the Cabinet Room of the White House in Washington, on Dec. 5, 2019. Craft will be visiting Taiwan.(Mandel Ngan/AFP via Getty Images)
Asia & Pacific

US Ambassador to UN Will Visit Taiwan: Pompeo

He did not specify the date of the visit.

“Taiwan shows what a free China could achieve,” Pompeo concluded.

Taiwan’s Ministry of Foreign Affairs said in a statement that Craft will be the first incumbent U.S. ambassador to the United Nations to visit Taiwan and the trip signifies further improvement of the Taiwan-U.S. relationship.

Craft has previously voiced support for Taiwan to be included in the United Nations system.

Taiwan lost its seat at the United Nations to China after the world body passed U.N. Resolution 2758 in 1971. Eight years later, in January 1979, the United States ended its diplomatic ties with Taiwan in favor of Beijing—which considers the island a part of its territory, despite its self-ruled status with its own democratically-elected government, military, currency, and constitution.

Beijing has also opposed governments or international organizations from forming ties with the island that might suggest that Taiwan is a de-facto nation-state.

She threatened that the Chinese regime would take retaliatory measures in response.

Washington currently has no formal diplomatic ties with Taiwan but has maintained a robust relationship with Taipei based on the Taiwan Relations Act, which authorizes the United States to provide the island with military equipment for its self-defense.