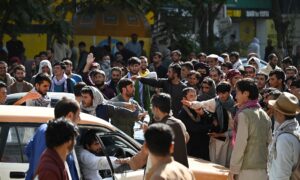 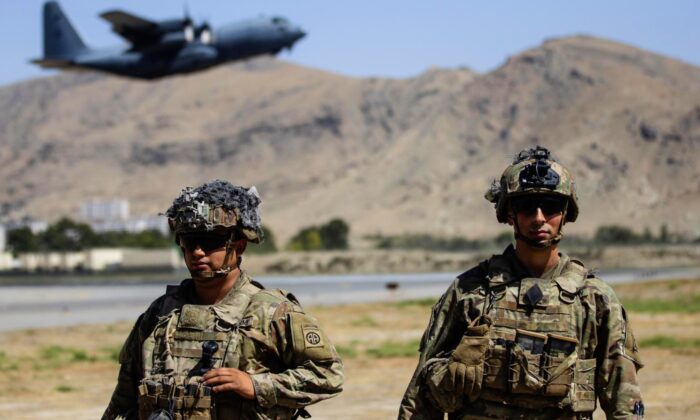 Two paratroopers assigned to the 1st Brigade Combat Team, 82nd Airborne Division conduct security while a C-130 Hercules takes off during a evacuation operation in Kabul, Afghanistan on Aug. 25, 2021. (Department of Defense via AP)
Afghanistan

The Pentagon confirmed on Saturday that two “high-profile” ISIS-K terrorist group members were killed in Afghanistan during a U.S.-led counter-terrorism drone attack.

The latest development is an update after an initial statement by the U.S. Central Command (CENTCOM) reported only one death in the drone strike.

Pentagon spokesperson John Kirby said during the same briefing that it was “a single mission” and after additional intelligence was obtained over time, the U.S. can now confirm a second ISIS terrorist was killed and one more was wounded during Friday’s attack.

“They lost a planner and they lost a facilitator and they’ve got one wounded. And the fact that two of these individuals are no longer walking on the face of the earth, that’s a good thing,” Kirby said.

Kirby declined to identify those killed but said the United States knew who they were. It is not immediately clear whether the targeted ISIS members were directly involved in the Aug. 26 Kabul airport attack that killed 13 U.S. service members. Most of the U.S. service members killed in the terrorist attack have been identified in various reports.

The Pentagon also said on Saturday that about 6,800 people were airlifted from Kabul on U.S. and coalition aircraft in the past 24 hours, and about 117,000 people have been airlifted over the last two weeks.