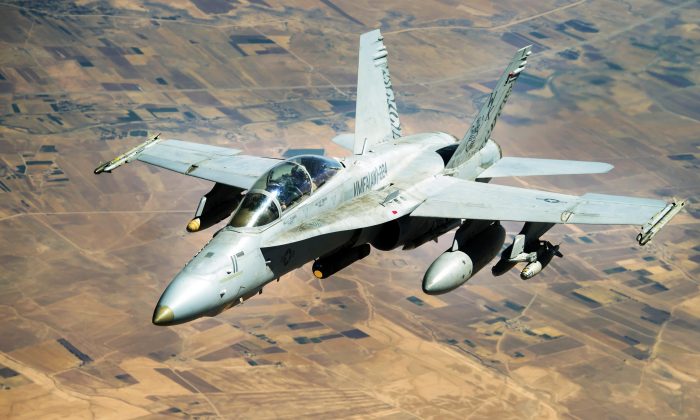 A U.S. airman has been arrested by military law enforcement over an alleged insider explosives attack at a U.S. base called Green Village in eastern Syria in April.

Ann Stefanek, a U.S. Air Force spokesperson, told CNN that the unnamed U.S. airman was taken into custody in the United States on June 16 as part of an ongoing joint investigation into the attack at Green Village in Syria.

“After reviewing the information in the investigation, the Airman’s commander made the decision to place him in pretrial confinement,” she said.

Details about the identity of the U.S. airman have not yet been released.

Stefanek said that charges could be filed “within the next few weeks.”

The alleged insider attack occurred after midnight, at 1:09 a.m., local time. The U.S.-led coalition said at the time that four U.S. service members had to be evaluated for minor injuries and possible traumatic brain injuries. They reportedly returned to service later in April.

Officials also told CNN that the blast was “not insignificant” and stronger than one produced by a hand grenade.

The attack was initially reported by officials from Operation Inherent Resolve, the U.S.-led coalition, as an “indirect fire attack” on April 7. It was initially thought to be from something like a rocket strike.

But after further investigation, the joint task force said in an update a week later that the explosion was the result of “the deliberate placement of explosive charges” by an unidentified individual at an ammunition holding area and shower facility.

The Green Village is located in eastern Syria, north of the Euphrates River and around 60 miles west of the Iraq-Syrian border crossing. It is within areas controlled by the Kurdish-led Syrian Democratic Forces, according to northwestern Iraqi media outlet Rudaw.

Surveillance cameras captured the attack, showing a figure moving quickly in two instances, CNN reported. The objective of the attack is unknown, including whether it was intended to cause mass casualties or not.

The investigation also seeks to determine if sentries were on duty at the time of the attack.