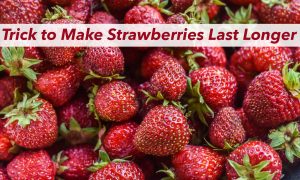 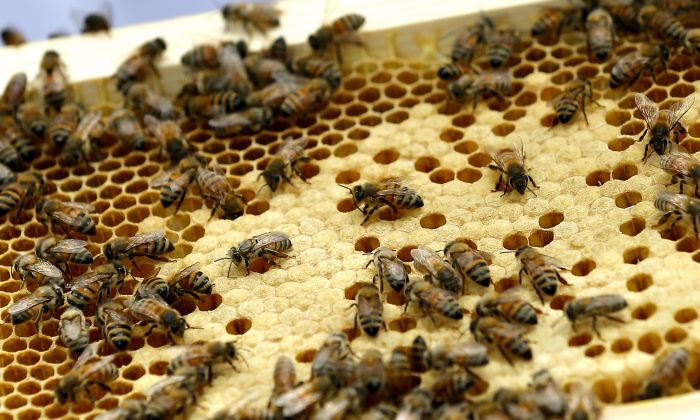 Urban Beekeeping Can Be a Sweet Hobby

RICHMOND, Va.—In the back corner of her yard, hidden behind a new fence, Susan Kennedy Spain recently extracted proof that her latest experiment in sustainable living is working: honey and honeycomb.

Both came from one of two beehives she installed earlier this year, her first attempt at raising bees.

“(My husband) John and I wanted to create an edible landscape,” she said. “We’ve had a vegetable garden. This seemed like a natural next step.”

The Spains are part of a growing but hard-to-define national movement to keep bees in urban areas, and they’re also participating in a honeybee revival movement so important to the nation’s food supply, President Barack Obama seated a task force to find ways to spur it on.

The White House installed hives in 2009, bringing national attention to the idea of being intentional in providing man-made homes for some of nature’s best, if occasionally misunderstood, pollinators. The hives there went in near first lady Michelle Obama’s vegetable garden.

The federal government’s Pollinator Health Task Force in May released its National Strategy to Promote the Health of Honey Bees and Other Pollinators. It focuses on improving the health of honeybees and Monarch butterflies and includes a pledge to restore or enhance 7 million acres of habitat across the country.

“The strategy also advances ambitious federal commitments to increase and improve habitat for pollinators, both directly through the large variety of facilities and acreages of land managed by the federal government, and indirectly through the leadership role that federal agencies can play in interactions with states, localities, the private sector, and citizens,” it said in a statement signed by Secretary of Agriculture Tom Vilsack and Gina McCarthy, the administrator of the Environmental Protection Agency.

“These actions range from planting pollinator gardens and improving land management practices at federal facilities, to advancing the availability and use of pollinator-friendly seed mixes in land management, restoration, and rehabilitation actions nationwide.”

Locally, there are half a dozen or more beekeeping clubs and associations. But figuring out how many people participate is difficult, especially since keeping hives is prohibited in many areas.

The most recent wording on the ordinance, she said, labels bees as a nuisance and has them lumped in with rats, mice, and roaches.

But that could change, she said. Jones has advocated for other environmentally friendly ideas, such as community gardens, green building, and bicycle lanes, and Hawley said it might be time to add beekeeping to the list.

“This could be a good example of how usage should be redefined,” she said.

Jones would find plenty of support in the local beekeeping community.

Beekeeping is a real commitment. It’s like having a pet.
— David Stover, commercial photographer and beekeeper

David Stover, a commercial photographer, has become one of the leading local experts in the nine years since he started his first hive and, like many experienced beekeepers, he loves talking about it.

“I’ve always thought it important to share what I know,” he said. “I don’t try to talk anyone into doing this. Beekeeping is a real commitment. It’s like having a pet.”

He keeps 20 or so hives at 10 or more locations in the area.

“I have changed so much in how I view the world,” he said. “I love to garden but, since I started keeping bees, that has changed.”

It used to be, he said, he’d coat his garden with whatever chemicals were necessary to make everything look pretty.

Once the bees came in, the chemicals went out.

“I learned how bad that was,” he said. “I also learned that I didn’t need that to make my yard look good.”

The popularity of beekeeping has been on an upward swing in the past decade, said RD Radford, a 40-year veteran of beekeeping and the president of the Richmond Beekeepers Association.

He credited the growth to attention that came after news reports of colony collapse disorder, which struck particularly hard in 2006-07.

At the time, beekeepers nationwide reported losses of their hives as high as 90 percent from CCD, a phenomena in which worker bees abandon their queens. The hives survive temporarily, because they have honey and baby bees, but they ultimately fail because there’s no one left to do the work.

The EPA reported 60 percent hive loss as recently as 2008, but that dropped to about 31 percent in 2013, the most recent year for which national data are available.

With the new national strategy, the EPA wants to reduce loss to about 15 percent within 10 years.

“They’re just fun to watch,” he said. “I just like playing with them. I can go out there all day.”

But more bees is nothing to fear, he said.

“Unless you mess with their hive, they won’t mess with you,” he said. “When you see them on flowers, they’re just working.”

Even a swarm, he said, was harmless, at least from a distance.

“You might see one on a bridge, but it’s usually gone in an hour,” he said. “They send out scouts to find a new home.”

She was called in to her son’s school about a swarm.

“They were going to call an exterminator, but I said no, no,” she said. “But by the time I got there, it was gone.”

She’s plenty busy anyway with the hives she has.

One has nearly tripled in size and is still growing. It’s the one with the early yield of honey.

A friend in her neighborhood got 250 pounds of honey from his six hives last year.

Spain’s not sure how much she’ll get, but she knows what’s going to happen if the output exceeds what her family can consume.

“My friends and family are going to be very happy,” she said.