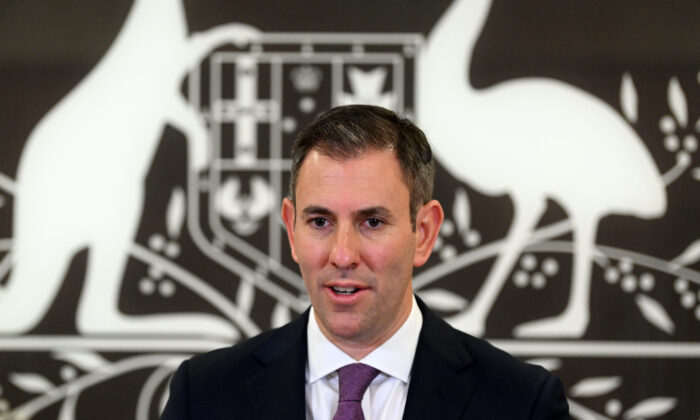 The Business Council of Australia is urging the government to boost the permanent migration cap to 220,000 temporarily to make up for the shortfall in migration during the pandemic.

Chalmers says the government will look at sensible migration policy and reform at the upcoming skills and jobs summit but Australians shouldn’t be stripped of opportunities in the labour market.

“We can’t fall in the trap of saying migration is a substitute for training, we need to move on both fronts in sensible ways,” the treasurer told Sky News’ AM Agenda program on Sunday.

“We can do something sensible (with immigration), we can have more appropriate settings for our economy at the same time as we train more of our people for more of these opportunities, as well as make it easier for people to participate in the labour market.”

The treasurer also defended not having the bank heads attend the government’s signature jobs summit at the start of September.

“I speak to the bank CEOs all the time in my job. I’ve had meetings with all of them in the last month or so. And they’re obviously providing key input into our economic policies.

“More broadly, you know, it’s not possible to fit everyone that you would like to fit in a job summit. In a number of instances, we’ve got peak groups there representing a broader constituency.”

Nationals Leader David Littleproud is attending the summit despite it being snubbed by Opposition Leader Peter Dutton.

Littleproud says while he shares Dutton’s assertion that it could be a stunt, it was rare for rural and regional Australia to be given such a platform.

“The National Party solely looks after regional rural Australia. We have a purity of purpose,” he told AM Agenda.

“We very rarely get a voice. We feel as the Nationals it was important we use whatever platform, no matter how hollow it may be.

“That we are there advocating for policies that are unique, that will address the challenges that regional, rural Australians are facing.”

Finance Minister Katy Gallagher says the government is doing everything it can to boost wages after the Greens threatened to block any legislation stemming from the summit if it didn’t include measures to boost people’s pay packets.

“We are doing everything we can to support wages growth,” Gallagher told the ABC.

“This week’s job summit gives us another opportunity to talk about wages, to talk about skill shortages, labour shortages and some of the other challenges businesses and union want to discuss.”