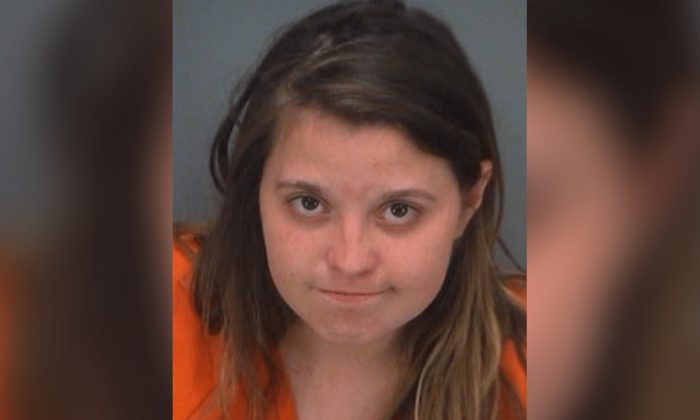 A woman was arrested after giving a waitress a $5,000 tip using a credit card that belonged to her boyfriend.

According to authorities, the tip was part of a revenge scheme to get back at her boyfriend for not buying her a plane ticket to New York.

The story first came to light last week when ABC reported that a waitress in Florida grieving the loss of her dog was given a $5,000 tip by a patron of the Clear Sky Beachside Café in Clearwater Beach where she worked.

The patron, later identified as 24-year-old Serina Wolfe of Buffalo, New York, was said to have made the purchase using her boyfriend’s credit card following an argument.

According to police, the boyfriend refused to pay for a plane ticket home for Wolfe and subsequently put a hold on the card to ensure it couldn’t be used.

However, once the hold lifted, Wolfe used the card to buy a meal and leave the tip, reported FOX2NOW.

The boyfriend confronted Wolfe—who initially denied making the charge—before reporting the purchase to his credit card company as fraudulent, saying he believes Wolfe was either intoxicated or seeking revenge.

The Clear Sky Beachside Café, where the $5,000 tip was left on the $55.37 food order, was informed that the purchase was fraudulent.

The Café however, claimed the waitress had already received the payout.

Wolfe gave the credit card to authorities and was arrested and charged with grand theft.

The following are a list of tips from the FBI on how to avoid being a victim of credit card fraud: