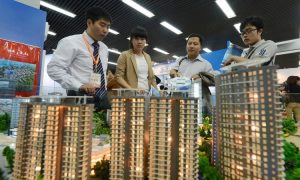 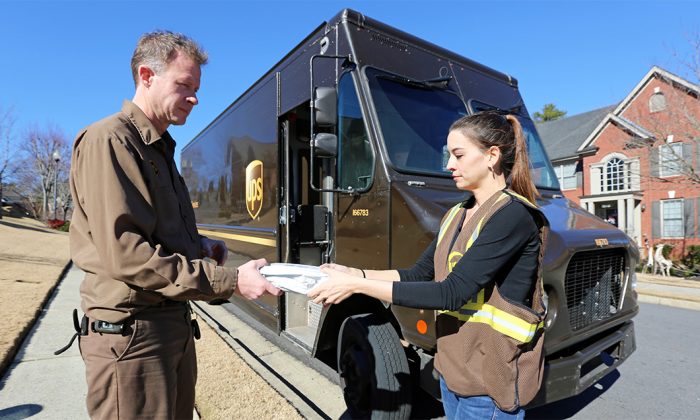 A young seasonal worker (R) helps deliver a parcel for UPS. (Courtesy of UPS)
US News

Tens of thousands of holiday work opportunities became available at UPS on Sept. 9.

The multinational logistics company is offering up to 100,000 seasonal positions at thousands of locations across the United States. Applications will be accepted for a choice of flexible, part-time, or full-time roles between November 2019 and January 2020.

UPS Chief Operating Officer Jim Barber confirmed the new recruits will be needed for another “record peak season this year.”

“Daily package deliveries [will be] nearly doubling compared to our average of 20 million per day,” Barber said in a statement. “In order to make that happen, once again we’re recruiting about 100,000 people for some of the country’s best seasonal jobs.”

The national unemployment rate is just 3.7 percent, meaning the high number of people who are already in paid work could create difficulties in finding jobseekers to fill these positions before the holidays, according to The Associated Press (AP).

Head of U.S. Human Resources Danelle McCusker revealed a new labor contract will increase the rate of pay from an average of $10.10 an hour for seasonal workers back in 2018 to $14 an hour or higher, even up to $30 an hour for some truck drivers.

“Some markets are a bit more competitive, and we will adjust” wages higher and even offer bonuses of $100 to $250, she told AP.

The company said that in recent years, around one-third of seasonal workers have continued on in the company beyond January. UPS CEO David Abney and other members of the company’s senior leadership team actually started work as part-time staff.

Human Resources Supervisor Mercy Alvarado started her career in 2013 as a seasonal driver helper and her job helped reimburse her tuition expenses, allowing her to continue her studies, UPS said in a press release. The company’s ‘Earn and Learn’ program allows eligible seasonal employees who are students to earn up to $1,300 towards college expenses on top of their regular hourly pay, for three months of continuous employment.

“Since then I’ve not only completed my associate’s and bachelor’s degrees, I’ve been promoted twice and am now a full-time supervisor [in Fort Worth, Texas],” Alvarado said. “UPS is the place where I plan to retire someday.”

On-road Supervisor Kevin Whitehill applied for a seasonal job and 22 years later he is still working for UPS in Des Moines, Iowa.

“I never intended UPS to be a career,” Whitehall said in a statement. “I took a job for Christmas. As I moved along, the opportunities were just too good to pass up.”

Nearly a third of the company’s entire U.S. workforce started in seasonal positions.

Delivery rival FedEx also hired about 50,000 seasonal workers in 2018, while major retailers like Amazon, Target, and Walmart also added tens of thousands of extra workers during the holidays.

These employers are also likely to boost pay too, according to the Society for Human Resource Management (SHRM).

“Last year, there was a flirtation with $15 an hour,” SHRM Vice President Tony Lee said, according to AP. “This year, $15 an hour seems pretty solid [among nationwide employers] … which puts real pressure on the mom-and-pops, who may not be able to afford $15 an hour.”

But these smaller businesses are often able to balance the lower pay with more flexible working schedules, Lee said, which is something the larger companies rarely offer.