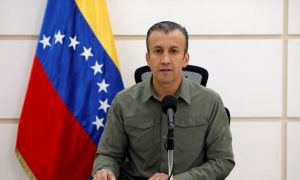 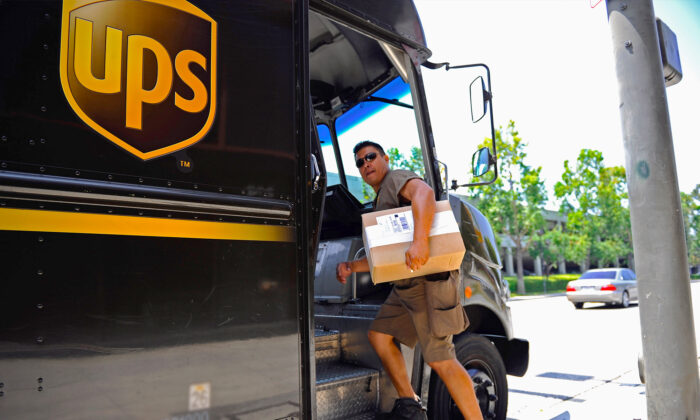 Four United Parcel Service (UPS) employees are accused of being involved in a decade-long operation to import and traffic large amounts of drugs and counterfeit vaping oils, police said, as 11 arrests were made over the past two weeks.

The scheme often saw thousands of pounds of narcotics and marijuana shipped weekly from narco-traffickers into the United States and then to various destinations across the nation. Authorities said the substances were transported meticulously in cardboard boxes through UPS’s trucking and delivery systems, the Washington Post reported.

Money made from the lucrative operation was then spent on purchasing luxury homes and properties, vehicles, and vacations, according to detectives.

Investigations first began in 2017 when the Tucson Police Department and an arm of ICE found evidence which pointed to the elaborate scheme.

John Leavitt, commander of the Tucson Police Department’s Counter Narcotics Alliance, said in a statement: “This investigation has identified and mitigated vulnerabilities in the shipping infrastructure that has allowed for the undetected trafficking of narcotics for more than a decade.

Over the past couple of weeks, agents arrested 11 individuals aged between 24 and 49, including four UPS employees. Authorities seized substantial sums of money, around 50,000 counterfeit THC vape pens, equipment to manufacture drugs, and vehicles, according to a police statement.

A 49-year-old UPS employee of the Tucson distribution facility, Mario Barcelo, is accused of leading the operation, and allegedly used his position as supervisor to bypass security measures as drug shipments were loaded onto trucks and delivered, investigators from the Counter Narcotics Alliance said.

Barcelo was arrested on Nov. 13.

“He’s been able to provide this service to drug traffickers without being detected both internally and externally by law enforcement for years,” Tucson Police Sgt. William Kaderly told the Post. “They’ve been doing it for so long that they were truly comfortable that they were never going to get caught.”

UPS told the Post in a statement that the company is “not at liberty to discuss the details of the arrests as this is an ongoing investigation,” but added that it is cooperating with law enforcement officials.

President Donald Trump said this week he intends to designate Mexican drug cartels as terrorist groups for their role in trafficking narcotics and people. The day before, Mexican President Andres Manuel Lopez Obrador said he disagreed with the move.

During an interview on Nov. 26 with Fox News host Bill O’Reilly on the topic, Trump confirmed it is something he has been working on for several months.

“Absolutely,” Trump told O’Reilly when asked whether Mexican drug cartels would be designated as terror groups.

“I’ve been working on that for the last 90 days. You know designation is not that easy, you have to go through a process, and we’re well into that process.”

Mexico’s foreign ministry promptly reacted to Trump’s comments, saying it would quickly seek a high-level meeting with U.S. State Department officials to address the legal designation as well as the flow of arms and money to organized crime.

“The foreign minister will establish contact with his counterpart, Michael R. Pompeo, in order to discuss this very important issue for the bilateral agenda,” the ministry said.

Under U.S. law, members of a particular group designated as a terrorist organization cannot enter the country. They may be deported, and it is also illegal for people in the United States to knowingly offer support. Financial institutions must also block funds connected to the group and alert the U.S. Treasury Department.

“We will never accept that, we are not ‘vendepatrias’ (nation sellers),” Lopez Obrador said at his morning press conference on Nov. 25, Breitbart reported.

Lopez Obrador’s foreign relations minister Marcelo Ebrard said that the designation would be unnecessary. He noted that if America designates cartels as terrorists, it could open up a legal avenue for the United States to take action against cartels inside of Mexico.